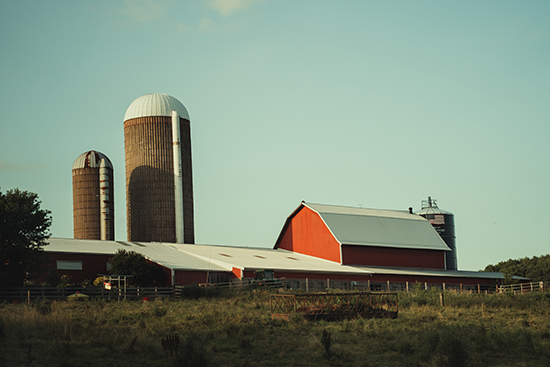 After nearly a decade in the courts, Clean Wisconsin secured a major victory for Wisconsin’s drinking water. Residents of Kewaunee County have long known that the groundwater they rely on for drinking water is frequently contaminated with nitrates and harmful bacteria like e. Coli. Scientists have established that the large quantities of manure dairy farms produce and spread on the land are a major source of this contamination. In Kewaunee County, Kinnard Farms is one such farm, housing around 8,000 cows and producing over 100,000,000 gallons of manure and wastewater and over 2,000 tons more of solid waste each year. Despite years of complaints and concerned questions from the farm’s neighbors, many of whom could not safely drink their water, DNR failed to require Kinnard Farms to do more to protect water from pollution. Kinnard Farms and corporate interest groups fought hard against any efforts to make the farm take additional steps to reduce the risk that their manure spreading would cause or contribute to water pollution. They even denied that the farm was to blame at all. So Clean Wisconsin and its partners sued. After years of litigation, and many procedural twists and turns, in July 2021 the Wisconsin Supreme Court ruled in Clean Wisconsin’s favor, reaffirming DNR’s authority to direct farms like Kinnard to do more to address their contribution to water pollution.

Around two-thirds of Wisconsin’s residents rely on groundwater for their drinking water. And one-quarter of Wisconsinites rely on private drinking water wells to reach that groundwater. These private drinking water wells are extremely common in rural Wisconsin. Unfortunately, this means those water wells are often right next to agricultural activities that can pollute groundwater. The tremendous amounts of cow manure produced at massive dairy farms known as “CAFOs” (concentrated animal feeding operation) carry nitrates and dangerous bacteria. After this manure is spread on fields, nitrates and bacteria can find their way into the groundwater that residents in the area use for their drinking water. In parts of Wisconsin with a particular geology known as Karst Bedrock this risk is amplified, because the ground underneath the fields where manure is spread is filled with fractures and other features that allow water to flow extremely quickly from the surface to the aquifers below. This means that it can take little time for nitrates and bacteria from manure to end up in the water coming out of a neighbor’s tap. In other parts of the state, layers of earth can slow down or absorb some of these contaminants. Residents in Kewaunee County, however, live in a Karst region, and thus don’t have this natural protection.

The Serious Effects of Bacteria and Nitrates

The health impacts caused by contamination of private wells with manure runoff are significant, and potentially tragic. Bacteria from manure, like e. Coli, can cause severe gastrointestinal illnesses. High levels of nitrates in drinking water can cause serious problems for infants and pregnant women. “Blue baby syndrome” is a potentially fatal condition affecting infants, typically younger than six months old, that consume nitrate-contaminated water. Pregnant women who drink water contaminated with nitrates are at increased risk of giving birth prematurely, to low-birth weight babies, and babies with birth defects. Nitrates are also responsible for increased risk of colon cancer and thyroid disease. The water pollution caused by manure spreading is therefore a huge public health issue.

Kinnard Farms, like all CAFOs, is required pursuant to the Clean Water Act to receive a permit from DNR to operate. This permit, known as a Wisconsin Pollutant Discharge Elimination System (WPDES) permit, includes conditions and restrictions that aim to address the impact CAFOs have on water quality in the area. Indeed, DNR is required by law to include conditions that “assure compliance” with water quality standards, including groundwater standards setting the maximum allowable amount of nitrates and manure in groundwater. There is also a prohibition on any activity that causes the fecal contamination of a well. These permits expire every five years, giving DNR the opportunity to revise and reissue them as needed. It also provides the public with an opportunity to weigh in on proper permit terms.

When its existing permit was set to expire in 2012, Kinnard Farms asked DNR for permission to expand its facility and add 3,000 cows. DNR not only approved that request, it also failed to add stronger standards to the permit to address the ongoing, serious groundwater contamination situation in Kewaunee County. A group of Kewaunee residents challenged DNR’s decision. Following an evidentiary hearing, an administrative law judge (ALJ) ruled that DNR’s decision amounted to a massive regulatory failure, and DNR should have included conditions to address water pollution. These conditions included a limit on how many cows the farm could have at a time, what is known as an “animal unit limit,” and a requirement that the farm conduct groundwater monitoring in some of the fields where it spreads manure to detect contamination of groundwater caused by manure runoff. The ALJ found that DNR had clear legal authority to include these conditions, and that their need was supported by the facts on the ground.

Following this decision, DNR began the process of adding the two conditions. However, later, and without any genuine explanation as to why, DNR determined that it could not add the conditions because it lacked the legal authority to do so, the ALJ’s ruling notwithstanding. They refused to implement the judge’s order, in other words.

DNR’s reason for taking this novel, legally erroneous position soon became clear. DNR was being directed by lawyers from the Attorney General’s office to refuse to implement the ALJ’s ruling based on an extreme interpretation of a 2011 law known as Act 21. That law requires agencies to locate their authority to include permit conditions in a statute or regulation. The ALJ had already rejected DNR’s application of Act 21, finding that DNR did have explicit statutory authority to include the contested permit conditions. But it was now clear that what had started out as a case challenging a single permit for a single farm in a single county had become ensnared in a larger question about the scope of DNR’s authority more generally, and politicians and special interest groups entered the fray, trying to use Act 21 to limit DNR’s ability to require polluters to take responsibility for their actions across a wide range of environmental contexts. Clean Wisconsin knew this was a case that needed to be won, not just for the residents of Kewaunee County, but all of Wisconsin.

Following a long procedural digression that only lawyers could find interesting, the case ultimately found its way to the court of appeals, which recognized the importance of the case and pushed it directly to the Wisconsin Supreme Court. By this time, fortunately, DNR had regained its senses and gone back to its original, correct position, now arguing that it does have the authority to include conditions in WPDES permits to address water pollution. The Republican-controlled Wisconsin Legislature also intervened as a party, parroting the legal position and talking points of the farm and the state’s business interest groups, arguing that DNR cannot ask Kinnard Farms to take actions to address its contribution to water contamination in the area.

In July 2021, the Court ruled in Clean Wisconsin’s favor, finding that the lower courts had gotten it exactly right: DNR has the authority to include conditions like those at issue here, and the ALJ had all the facts he needed to conclude that those conditions were needed in the Kinnard Farms permit. In doing so, the Court again rejected the extreme interpretation of Act 21 pushed by the Legislature, the farm, and business interest groups. This ruling affirms DNR’s authority to use its permitting authority to ensure polluters at taking actions to help meet statutory standards for groundwater. It also protects DNR’s authority to take on polluters in other areas, as well, by declining to accept the extreme view of Act 21 and the severe limitations it could have placed on agencies like DNR.

The fight for clean drinking water is far from over, however. These cases only settled that DNR has the authority to include these conditions, and others like them, where necessary. That is a huge win. But turning this legal victory into safer drinking water at the tap will require implementing this authority in a thoughtful, yet aggressive way in the years to come. Clean Wisconsin will do what it takes to make sure this happens.

Give to Support Our Legal Work