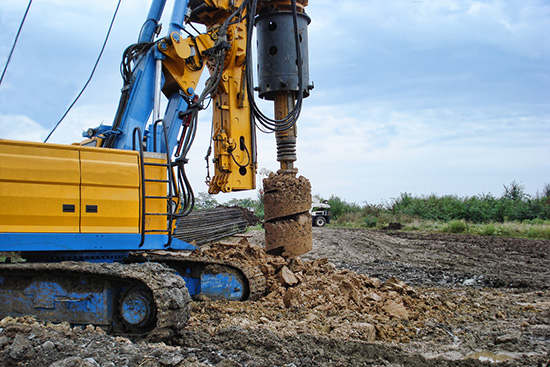 In July 2021, the Wisconsin Supreme Court ended a misguided attempt to undermine the continuing vitality of one of Wisconsin’s most cherished environmental tenants, the Public Trust Doctrine. Clean Wisconsin filed nine lawsuits against the Department of Natural Resources (DNR) in 2016, after DNR failed to live up to its duties under the Public Trust Doctrine, putting rivers, lakes, and streams in the Central Sands at risk of depletion from unsustainable groundwater withdrawals to feed the region’s ever-expanding irrigated agriculture industry. After five years of litigation, Clean Wisconsin’s victory reaffirmed DNR’s authority and duty to act when surface waters are placed at risk.

A bedrock principle of environmental law in Wisconsin is that the state’s many rivers, lakes, and streams belong to the people in common, and are merely held in trust by the state for the people’s use, enjoyment, and benefit. This “Public Trust Doctrine” was enshrined in Wisconsin’s Constitution upon statehood, and for over a hundred years the Wisconsin Supreme Court has repeatedly declared that the Public Trust Doctrine places an active duty on the state to protect these waters from harm.

Numerous times throughout the state’s history, people have tried to take actions inimical to the Public Trust Doctrine, in pursuit of short-term profits and private interests. The Department of Natural Resources (DNR) has been charged with holding the line against these attempts, often doing so ably. This includes fulfilling its duty to evaluate whether surface waters are placed at risk by high-capacity wells extracting large amounts of groundwater that would otherwise naturally feed and sustain rivers, lakes, and streams. A 2011 Supreme Court Decision, Lake Beulah, stated in no uncertain terms that DNR must consider these surface water impacts when deciding whether to issue permits for new wells.

This consideration was critical, given the situation in the Central Sands region of Wisconsin. The rapidly increasing density of high capacity wells in this area has led to lowered lake levels, turning lakefront property into mudfront property. It also reduced stream flows, impairing aquatic plant and animal life, including the ability of this area’s trout streams to serve as proper fisheries for trout and other species. While some amount of fluctuation in water levels is natural and expected, the declines seen in the Central Sands was clearly due to the massive expansion in groundwater extraction. There is no legitimate scientific debate about whether these wells are impacting surface waters.

In May 2016, however, Attorney General Brad Schimel issued a poorly reasoned “advisory opinion” declaring that Lake Beulah was no longer good law, and that a 2011 statute known as “Act 21” prevented DNR from denying applications for new wells even if the Department knew that those new wells would harm rivers, lakes, and streams. After this advisory opinion was issued, DNR stopped fulfilling its constitutional duty to protect Wisconsin’s waters.

In October 2016, Clean Wisconsin filed nine lawsuits against DNR for issuing high-capacity well permits despite knowing that those wells would impair nearby surface waters, in total neglect of its legal obligations. Business interests intervened in the case, including Wisconsin Manufacturer’s and Commerce, the state’s most powerful corporate lobbying group. They argued that DNR cannot deny their demands for high capacity wells simply because they harm constitutionally-protected waters. The circuit court disagreed. In an October 2017 ruling the Dane County Circuit Court ordered DNR to revisit the permits and deny them as needed to avoid impacts to surface waters, consistent with its duties under the Public Trust Doctrine and Lake Beulah. The court of appeals declined to take the case up itself, instead bypassing the important matter directly to the Supreme Court.

By this point in time the 2018 Election had taken place, and the Department of Justice, now under the leadership of Attorney General Joshua Kaul, declined to defend DNR’s earlier, incorrect legal positions. Attorney General Kaul rescinded the flawed Schimel advisory opinion, and DNR restored the constitutionally required evaluation of well applications. This ended DNR’s misguided abandonment of its duty to protect Wisconsin’s waters.

The Supreme Court could still have accepted DNR’s old position, however, and prevented DNR from assessing the impacts of these wells going forward, making this victory a tentative one. This risk was heightened by the Wisconsin Legislature’s intervention in the case as a party, pursuant to controversial “lame duck” bills that stripped the governor and attorney general’s offices of power and gave it to the legislature, following the 2018 Election that saw those offices change hands. The Republican-controlled legislature aligned itself with WMC and the other corporate interest groups, and against constitutional protections for Wisconsin’s waters. Thus, while we welcomed DNR’s return to its longstanding, correct position on this issue, we still needed a victory in the state’s highest court to preserve it.

In July 2021, Clean Wisconsin got that victory. In a 4-2 decision, the Court reaffirmed Lake Beulah, rejected the argument that Act 21 limited DNR’s authority, and held that DNR must evaluate impacts to surface waters when deciding whether to approve an application for a high capacity wells. The Court’s treatment of Act 21 was critical. The corporate interest groups offered an extreme interpretation of this law that would have limited DNR’s ability to protect Wisconsin’s natural resources across countless programs. By rejected that interpretation, this victory also protects other aspects of Wisconsin’s environment from future attacks.

The effect of this ruling on Wisconsin’s waters cannot be overstated. The pressure on these waters will likely only increase in the coming decades. But sustainable, responsible management of our shared water resources for public benefit requires us to deny efforts to use groundwater for short-term, private gain. Indeed, the Public Trust Doctrine demands nothing less, and when politics prevented DNR from meeting this demand, Clean Wisconsin stepped up to protect the rights of all Wisconsin residents to use and enjoy these waters.

Give to Support Our Legal Work