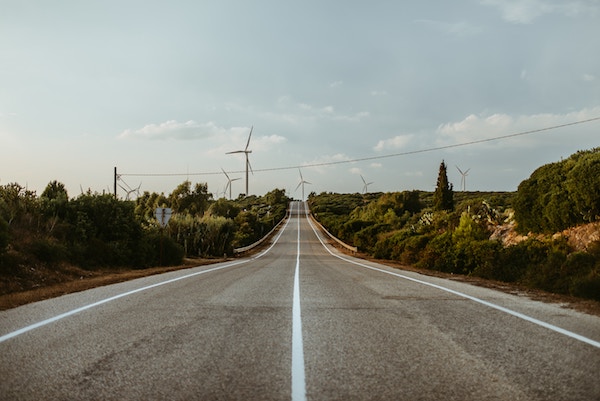 When the clock struck midnight on January 1 of this year, another clock started counting down.

By the end of the 2020s, says the International Panel on Climate Change, we will need to have made drastic changes to the ways we produce energy, how we use it, and how we travel in order to avoid the major and catastrophic impacts of climate change.

Yet, while other states like California and New York have made climate change a priority, in Wisconsin, we’re just now restarting these efforts after years of state inaction—and arguably obstruction—to address climate change. If the next ten years are a winding road of uncertainty and urgency, what other states have and what Wisconsin needs—is a climate roadmap.

To be sure, Gov. Tony Evers has made major commitments on this issue, and has formed a Governor’s Task Force on Climate Change. This task force is charged with setting the course for how the state will take an active, leading role in addressing what has been described as the most consequential challenge in a generation.

Clean Wisconsin sits on the Climate Task Force, and as we see the need for a climate roadmap for the state, we hope to use our expertise in the energy arena to help Wisconsin create that map to tackle climate change while also strengthening local communities and building a clean energy economy in a way that benefits all Wisconsinites. You could say we’re like clean energy cartographers.

Here’s what we envision as a climate roadmap for Wisconsin.

Get the most out of the energy we produce.

The first step and most simple step is to make sure we’re using electricity as efficient as possible. We can expand existing energy efficiency programs like the state’s Focus on Energy program and find additional ways to cut down the need for more power plants. Technologies like Nest thermostats can go a long way toward helping homeowners make smart choices for their energy use. We can also educate homeowners on the benefits of using energy when it is cheapest, and matching that use with times of highest renewable energy production in order to maximize carbon emission reductions.

Battery storage can play a role in helping manage the timing of energy use. For example, if people were to store electricity during overnight hours, where wind energy generation is abundant and electricity prices are cheaper, and use the electricity during the hottest part of the day, when prices are higher and coal and gas generation is the greatest, this would reduce carbon emissions by more effectively using our renewable energy resources.  We are involved in a number of collaborations addressing these very issues and will use our voice to influence policies to enable these changes.

Put bluntly, we need to retire  all remaining coal and gas plants as soon as possible, and we need to resist efforts to build any new fossil fuel plants. We can’t afford to add any more carbon emissions to our atmosphere, and we really don’t need to.  The presence of battery storage has made renewable energy just as reliable as energy from coal and gas, cheaper, and much more friendly to public health and our environment. That’s why we’re working hard to defeat a new gas plant from being built in Superior.

We will continue to encourage stakeholders, including the Public Service Commission, to enable policies and actions that help utilities move away from fossil fuel energy, encourage small scale and customer owned solar and energy storage, and make the most of existing energy production through energy efficiency efforts.

Transportation now accounts for more carbon emissions than any other sector of the economy. That means we need serious policies that make the ways we get around less dependent on fossil fuels. A big way to do this is to electrify cars, buses, and other forms of transportation, and make investments in infrastructure, like public electric vehicle charging stations, to increase adoption of these technologies. But we also need to invest in upgrading and improving public transportation and reduce the number of miles people travel in fossil fuel vehicles.

Use our lands to help tackle climate change

Nature is one of our best tools to tackle climate change, since our lands can sequester carbon at incredible rates. We need to take extra care to defend current policies and enact new ones that protect our wetlands and forests while working with farmers and other land managers on programs that reduce flooding risks, promote biodiversity, and protect water quality.

Like any good mapmaking, we need to be open to revisions and change. But we can’t let the exercise of making the map—in this case, setting out the plan for how we approach climate change—get in the way of doing the work we need to get to the destination of reducing carbon emissions and building up local communities. How we arrive at the desired future state requires open conversation, difficult decisions, a sense of urgency, and a willingness to admit that what the transition path looks like may be unclear today. We’re already talking and working with the governor, lieutenant governor, utilities, regulators, and other stakeholders to encourage the swift switch to carbon-free energy use.

The benefits of clean energy to our state—in the form of economic growth, jobs, and healthy communities—mean we also need lawmakers to join the governor in ushering in a clean energy future in Wisconsin.