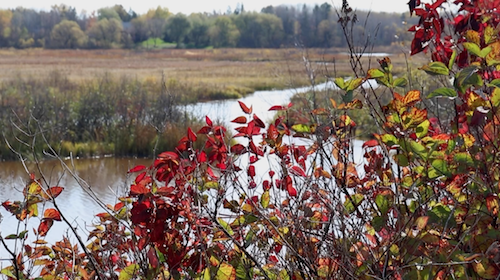 Climate and Energy
January 17, 2020, By Katie Nekole, General Counsel
On January 16, the Public Service Commission (PSC) approved, by a 2-1 vote, a construction permit for a new, 625 megawatt gas plant in Superior, called the Nemadji Trail Energy Center. Clean Wisconsin argued against construction of this project because the proposed site perches atop a very steep, highly erosion-prone hill above the Nemadji River, about a mile from where the river empties into Lake Superior. In fact, 40-foot retaining walls are proposed in order to prevent serious stormwater runoff, and there is no proof that this would work. The project would also require filling wetlands in an area that has a history of flooding, creating further risk to the Nemadji River and Lake Superior.

Watch “Nemadji: A Resource at Risk”

PSC Chairwoman Rebecca Valcq agreed with Clean Wisconsin that the site chosen for this project is unsuitable and that the applicants should have done a broader search for a better site. Unfortunately, the other two Commissioners did not agree, although one did note that the project had the worst environmental impacts he’d ever seen—but he still intended to vote to approve it.

Read: Why we don’t need this gas plant.

Yesterday’s decision is unwelcome news, but we’re not giving up. The plant still needs to receive permits from the Department of Natural Resources in order to operate, and we’ll be tracking that permitting process carefully. Our legal team is reviewing yesterday’s decision to determine how we will move forward with this case. While so many things are up in the air, we know this for certain: this issue is far from over, and we will continue to work to make sure that this fossil fuel plant does not get built. This post has been updated.