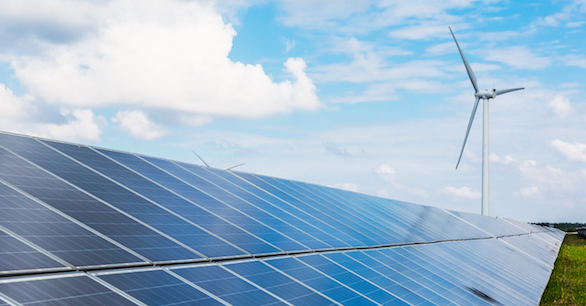 Dairyland Power Company and Minnesota Power have teamed up to propose a very large gas-fired power plant, to be located along the Nemadji River in Superior, Wisconsin. Their application is being considered by the Wisconsin Public Service Commission right now.

The utilities say the plant—called the Nemadji Trail Energy Center—is needed to help accommodate “intermittent” resources such as wind or solar. Their argument is that gas-fired backup is needed to help support the growth of renewable energy. This is an outdated and misleading notion.

Wisconsin exists within a very large regional electricity market, one that encompasses fifteen U.S. states and the Canadian province of Manitoba. Yet many people still believe that power generation and consumption is an entirely local matter: that the power plant in your town exists to provide you and your neighbors with electricity. In fact, the power plant in your town sends electrons out onto a grid that extends thousands of miles, just like every other power plant, wind turbine, and solar array.

What this means—and why we need to change the way we understand electric generation—is that within this very large regional grid, our old ideas about “baseload power” (usually taken to mean coal and nuclear, and sometimes gas plants that have historically pumped out power around the clock) need to change. These outdated ideas no longer make economic sense, and they’re bad for the environment and our health.

As the saying goes, “the wind is always blowing somewhere.” Renewable energy sources have suffered from being mislabeled “intermittent,” which makes them sound unreliable. However, while it’s true that the sun doesn’t always shine and the wind doesn’t always blow here in Wisconsin, it could be someplace else, like Iowa or Minnesota. Thanks to the regional grid, that clean energy may be powering your home, even if the wind turbine near your home isn’t spinning.

It’s also true that renewables aren’t vulnerable to fluctuating fuel prices and other cost uncertainties inherent in fossil fuel and nuclear plants. You could say that the unfavorable economics of coal, for example, has made those power plants “intermittent resources.” When the price of fracked gas goes up again, those plants will also run more intermittently.

It’s time to jump into the 21st century and recognize that renewables are mature, affordable, and reliable technologies.

When you add the benefits of battery storage to renewable energy sources, their reliability and efficiency only increases. For instance, nighttime is a time when wind is more steady, yet electricity use is low. When you add battery storage, you can generate electricity and store it for times when electricity demand is higher, meaning that you can take advantage of the wind or sun when it’s available, regardless of the current demand.

It’s time to jump into the 21st century and recognize that renewables are mature, affordable, and reliable technologies. Energy storage is proliferating and does a better job of integrating renewables into the grid than any gas plant would; that’s because it has greater flexibility and can be added wherever it needed on the system far more efficiently than huge power plants.

If the Nemadji Trail Energy Center gas project is approved, it would add about three million tons of greenhouse gases per year to the atmosphere—during the exact same time period Governor Evers has pledged to reduce carbon emissions in Wisconsin. There is no justification for building another gas plant—the wind and the sun will work just fine without it.