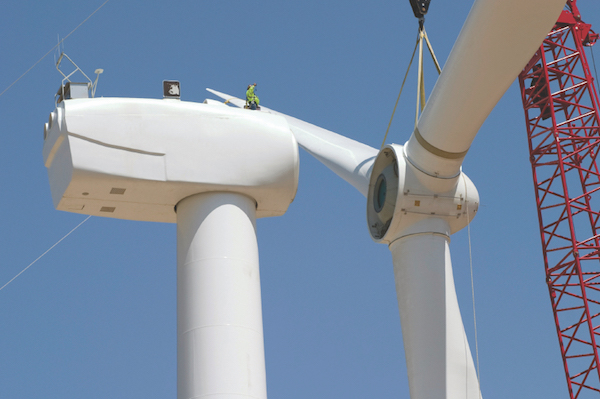 In August, Governor Tony Evers signed an executive order to formally set a statewide goal of 100% clean energy by 2050, and to establish an Office of Sustainability & Clean Energy within the Department of Administration.

Similar to the transition to clean energy ushered in by President Obama’s proposed Clean Power Plan, which established the first ever limits on carbon emissions from power plants, Gov. Evers’ leadership will help enable Wisconsin’s clean energy transformation, as no transformation begins without recognizing the need for change and enabling the changes necessary. Gov. Evers’ executive order ends an era of inaction and climate change denial under the Walker Administration and positions the state to take a proactive role to influence the energy sector actions necessary in Wisconsin.

The executive order holds the state to a goal of using carbon-free energy for electricity by 2050. To reach that goal, the Office of Sustainability & Clean Energy will act as a hub to coordinate efforts by the state and utilities to meet clean energy goals and carry out the carbon reduction pledge outlined in the 2015 Paris Climate Accord.

This comes after Gov. Evers signed onto the U.S. Climate Alliance in February, which commits Wisconsin to carbon reduction goals in the coming years. Additionally, local communities from Milwaukee to La Crosse have passed measures committing to 100% carbon-free electricity by 2050.

Climate change is arguably the biggest challenge we face in a generation. The United Nations International Panel on Climate Change (IPCC) did not mince words when they said we have 12 years to seriously and substantially reduce global carbon emissions to avoid the most catastrophic impacts from a changing climate.

Some argue that 2050—20 years after the date outlined by the IPCC—is much too late as a target for 100% clean energy in Wisconsin. But Gov. Evers has been clear that if we can get to carbon free electricity faster than by 2050, we will.

Wisconsin utilities, such as Xcel and Madison Gas & Electric, have already made commitments to 100% carbon-free electricity by 2050. There is momentum and energy (pun intended) around making the shift to clean energy solutions that not only cost less but also protect our planet and our health from harm.  At a recent industry event, public utility CEOs from Alliant Energy, Madison Gas & Electric, and WPPI Energy indicated zero carbon energy is possible before 2050, with one CEO indicating, “We have the will.  We will find the way.”  These statements are an important shift in the energy conversation; we are now talking about how to address the transition and are proactively looking at the opportunities ahead of us.

This goal is a much-needed starting point, and it’s the first real state action on climate change in over a decade.  Wisconsin now joins a number of other Midwest states also making commitments to reduce carbon emissions and transition to clean energy.

We are in favor of this goal because it starts the conversation around how we achieve a transition to clean energy while maintaining reliability, utilizing technologies including energy storage and planning ahead for future electricity needs from sectors such as transportation. In many ways, this goal is very aggressive when you think about how little movement on climate policies there has been in the last 8 years. It gets people in the Capitol and around the state talking about clean energy where there was little (if any) talk before.

We’re already talking and working with the governor, lieutenant governor, utilities, regulators and other stakeholders to encourage the swiftest switch to carbon-free electricity. The benefits of clean energy to our state—in the form of economic growth, jobs, and healthy communities—mean we also need lawmakers to join the governor in ushering in a clean energy future in Wisconsin.

But without this goal as a starting point, we wouldn’t get anywhere.