January is a big month for water policy. Here’s what’s going on. 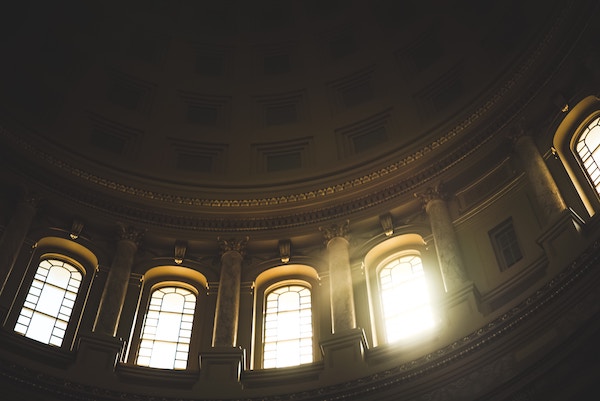 In the environmental world, things seem to come in waves. Either there’s not much going on, or a number of things are happening all at once.

For instance, earlier this week, Gov. Evers released a report highlighting the work done on water quality during the Year of Clean Drinking Water in 2019. That same day, the Speaker’s Task Force on Water Quality released their final report after months of hearings during 2019. Their report details their policy recommendations on water quality. And that’s just this week!

This January is quickly shaping up to be a busy month for drinking water, with many consequential policy actions taking place. Throw in a bunch of acronyms, state agencies, and legislative processes, and things get confusing fast.

To help you navigate all that’s happening in January and through the rest of this legislative session, here’s a quick rundown of the things happening that impact water policy:

The Department of Natural Resources is seeking approval to move forward with new protections from PFAS pollution.

In 2019, Gov. Tony Evers directed the DNR to begin the process for creating new statewide protections from the group of pollutants known as PFAS. This class of chemicals, also known as ‘forever chemicals,’ are linked to an increased risk of certain types of cancers and other major health issues. Learn more about PFAS in Wisconsin.

While Marinette has been the most prominent community dealing drinking water pollution from PFAS leaching from a nearby firefighting training facility, PFAS has been found in a number of communities from Rhinelander to Madison.

To begin this new rulemaking process, the DNR is seeking approval from the Natural Resources Board at their meeting on January 22. This vote by the NRB is pivotal, because it determines whether the state will take an active role in protecting public health from PFAS pollution. Here’s how you can help make sure this moves forward.

Along with their report, the Water Quality Task Force unveiled a package of bills aimed at protecting water around the state.

While our staff is still wading through the bill language to get a handle on what the Water Quality Task Force is proposing, one bill that stood out is a bi-partisan proposal to ban coal-tar pavement sealants in Wisconsin.

These pavement sealants, the blacktop applied to parking lots and driveways, can contain high levels of a pollutant known as polycyclic aromatic hydrocarbons, or PAHs. When they break down from paved surfaces, these pollutants—which are highly carcinogenic (cancer-causing)—can get tracked into homes and run into our rivers, streams, and lakes. Learn more about PAHs in Wisconsin.

With a number of viable alternative pavement sealants on the market, a statewide ban on PAH pavement sealants is a common-sense solution to protect public health and our water. In fact, many communities around the state have local ordinances banning these harmful products. While this is a bi-partisan effort, it’s important for local residents to voice your support for state action on high-PAH pavement sealants. You can help to make sure this ban gets passed by writing to your lawmakers.

Even though the Year of Clean Drinking Water concluded with the close of 2019, a lot of big actions on water policy are just getting started. As things continue to move forward in the state capitol, we’ll be sure to keep you up-to-date with the latest news on water policy impacting Wisconsin residents.