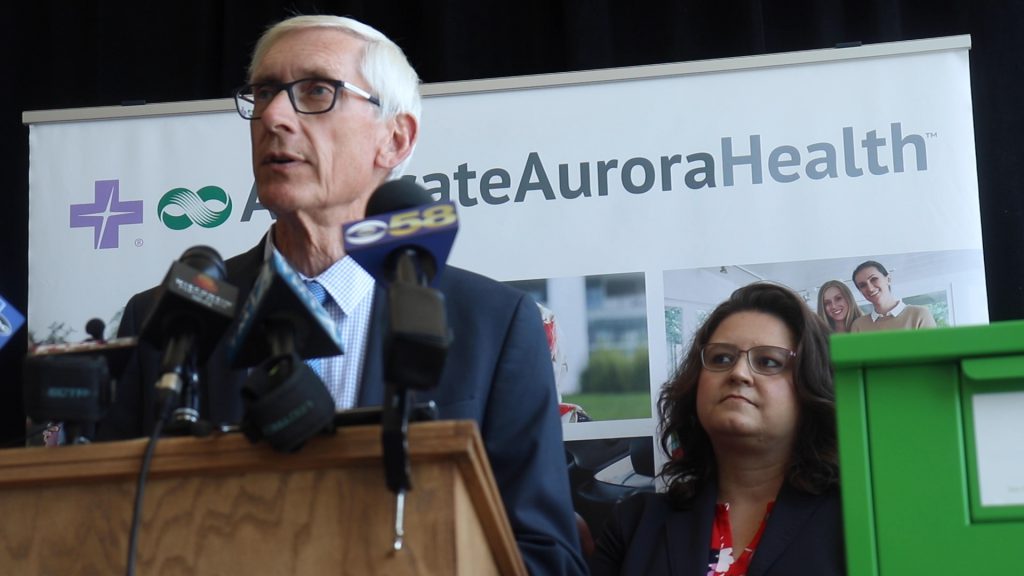 Gov. Tony Evers did more in one week to move the state forward on drinking water issues than the entire previous governor’s eight years in office.

In late July, Gov. Evers travelled the state to announce steps his administration were taking to tackle drinking water pollution. During his “Week of Water,” the governor took action on lead poisoning, announced new protections from nitrate pollution, and advocated for efforts to reduce pharmaceutical waste in drinking water and Lake Michigan.

Here’s a quick recap of Gov. Evers’ “Week Of Water”:

Clean drinking water has been a running theme for Governor Tony Evers in 2019. In February, he declared 2019 the “Year of Clean Drinking Water.” In his budget, he proposed significant investments in clean water programs, including $40 million for lead pipe replacement, increases in funding to curb runoff from farms, and new funding to tackle emerging contaminants like PFAS.

In contrast, the legislature has fallen short in addressing water pollution challenges. Over the last eight years, they passed very few bills aimed to protect drinking water for Wisconsin residents. This year, they stripped out most of the governor’s budget proposals for clean water funding.

It’s imperative the legislature join the governor and take meaningful action to pass policies that address our drinking water challenges. There is plenty of work that needs to be done. On August 1, researchers conducting the Southwest Wisconsin Groundwater and Geology (SWIGG) study announced that over 90% of wells in Grant, Iowa and Lafayette Counties that tested positive for coliform bacteria in prior sampling rounds contained fecal matter from humans and/or livestock.

The rates of contamination of private wells in Southwest Wisconsin are troubling, and they illustrate that it’s beyond time for the legislature to take serious action to protect drinking water around the state.

It’s imperative the legislature join the governor and take meaningful action to pass policies that address our drinking water challenges.

That meaningful action starts with the Water Quality Task Force. The bipartisan task force, which has been traveling around the state holding public hearings on water quality issues, is expected to release policy recommendations in the fall that will tackle our biggest water challenges.

As people continue to feel the strain of drinking water pollution, it’s critical that the Water Quality Task Force put forth policies that actually deal with the problems in a comprehensive and meaningful way. Solutions need to get people access to safe drinking water they deserve, provide resources to ensure state agencies, local governments, and researchers and scientists can do their jobs to protect our water, and actually prevent the problem from happening in the first place by reducing current pollution and enacting additional protections.

While the costs of tackling these issues is high, there’s a real benefit to taking serious action that can protect public health, increase access to clean drinking water, and promote a strong economy. For instance: replacing lead pipes around the state is estimated to cost 2 billion dollars. That’s a lot of money, but for every dollar spent, it’s estimated that there is a 133% return on the initial investment reflected in earning potential, healthcare cost savings, and economic stimulus.

Gov. Evers has taken it upon himself to tackle these critical challenges many people face. He’s set the tone for protecting clean drinking water, and we urge the legislature to match it.