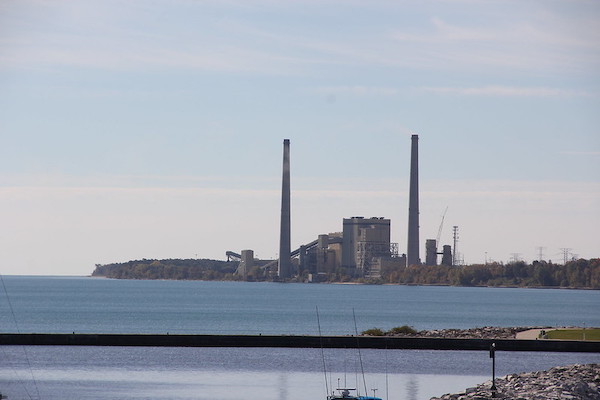 On May 22, 2020, Alliant Energy, Wisconsin’s second-largest utility, announced it was shuttering the last operating unit at its Edgewater coal plant in Sheboygan by the end of 2022. Edgewater becomes the latest coal casualty in the quickly increasing demise of this antiquated, dirty, and expensive form of energy production.

Since Wisconsin utilities established their carbon reduction goals several years ago, the economics of energy production have changed dramatically. More energy users, particularly businesses and local communities, have established sustainability goals in an effort to curb the impacts of climate change. Technology is making solar, wind, and energy storage more efficient and effective, making them cheaper and more cost effective.

On the flipside, coal plants have become increasingly costly to run and are losing out to lower-cost options such as wind and solar. These high costs of operation and maintenance—which translates into higher energy costs for ratepayers—were a major reason why Alliant chose to close Edgewater.

As costs of maintaining and operating this outdated form of energy continue to increase, utilities will more than likely continue to jettison coal-fired electricity for other options, which will result in lower energy costs as well as fewer  climate-changing carbon emissions.

Already, we’ve seen indications of the demise of coal plants in Wisconsin. Of the 12 coal power plants that were in service at the beginning of the previous decade, six of them are closed or are scheduled to go offline.

Alliant Energy’s publicly cited reasons for closing Edgewater—lack of use due to Covid-19, reduced fracked gas prices, avoided maintenance costs, the desire to keep energy rates affordable—can easily be applied to all of Wisconsin’s remaining coal plants. That is why we believe now is the time to aggressively accelerate the state’s retirement of all coal plants in Wisconsin.

While the writing is on the wall for coal, the energy vacuum it creates begs a possibly bigger, more pressing question about the future of fracked gas in Wisconsin. While the list of coal plants in Wisconsin continues to dwindle, fracked gas plants are still running strong. The Public Service Commission’s recent draft Strategic Energy Assessment indicates coal generation as a percentage of overall energy production declined from 63% to 48% from 2010 to 2018.  On the surface, this is a positive trend.  Yet, the decline in coal generation was replaced by an increase in fracked gas generation from 9% to 24% from 2010 to 2018, effectively resulting in no real change in overall fossil fuel generation as a percentage of the state’s overall energy use.

That fracked gas plant list is even growing, with the West Riverside Energy Center plant in Beloit the latest facility to be begin producing energy in 2020. La Crosse-based Dairyland Power also hopes to build another gas plant in Superior.

The increase in gas generation comes with its own set of problems. While fracked gas contributes about half the carbon emissions of coal, they’re still a major source of carbon emissions in Wisconsin. Replacing coal-generated electricity with electricity created by burning gas will cut down on total statewide carbon emissions, but not as quickly as is needed to seriously tackle climate change. Plus, a bevy of research has shown that methane leaks from gas pipelines have serious climate consequences, likely reducing any of the carbon emission benefits gas may provide.

And then there’s the cost. Currently, utilities burdened with the dead weight of uneconomic coal plants are trying to find ways to get their money out of these plants, which take millions of dollars to build and operate. While gas prices are currently low, gas prices are volatile and are subject to quick and drastic changes. Gas plants built with an expected lifespan of 40 years could see that timeline quickly cut short as wind and solar costs continue to drop in price, leaving utilities in the same position as they are with the current portfolio of uneconomic and costly coal plants.

To be sure, many Wisconsin utilities are making major investments in large-scale solar and wind energy projects, and we see these as positive developments. We don’t want to see utilities repeat the same mistake with gas as they did with coal in an attempt to provide a semblance of reliability to their energy mix.  It’s bad for the environment and costly to ratepayers.

That’s why we think it’s key utilities make moves towards investing in other solutions, such as energy management program offerings, which can save ratepayers money on their electric bills by providing them with more control over their energy use, shifting energy use away from expensive hours in the day, and reducing the need for gas plants to generate electricity.  In addition, investments in energy storage paired with solar, which would provide energy cost savings, reduce carbon emissions, and provide reliable energy when it’s needed are a more attractive long-term solution for ratepayers.

As we face the threat of climate change, steering utilities in the right direction can be a lot like steering a ship: it takes time and isn’t easy. Many changes have been positive, yet utilities often measure progress over decades and we do not have decades for utilities to make significant inroads in eliminating their carbon emissions. For instance, Alliant has plans to close the Edgewater coal plant, but not their last coal plant, Columbia.

We foresee an energy future that is equally beneficial for our environment and economy, and we plan to be at the forefront of encouraging utilities to make the systemic changes we need, regardless of how daunting changing the direction of that ship may be.