6 things you should do if your well is polluted 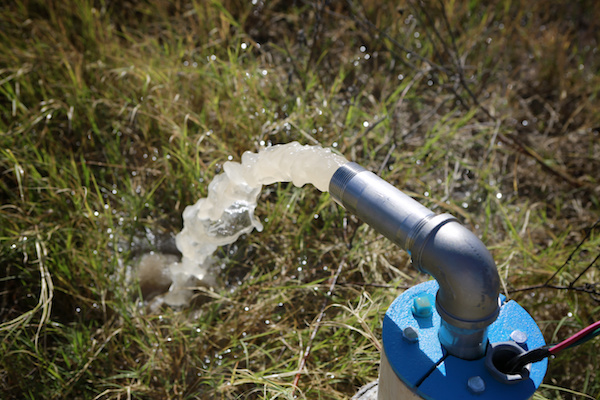 According to the Wisconsin Department of Natural Resources (DNR), about a quarter of Wisconsin’s population drinks from private wells.

For many, they can be a safe and dependable source of water. But unlike public water systems, the responsibility to monitor for private wells for contaminants falls mostly on the owner.

In several parts of Wisconsin, nitrate and bacterial pollution from agriculture has contributed to widespread private well contamination. In Southwest Wisconsin, for instance, initial testing done as part of a large study found that 42% of wells in Grant, Iowa, and Lafayette Counties were contaminated with bacteria and/or nitrates. If you think your well may be contaminated, here are some steps you should take to protect you and your family from the health risks associated with polluted drinking water.

1. First things first: decide which test to get

Often, but not always, contaminated well water will show symptoms in odor, appearance, or taste. If your water doesn’t seem normal, it could be contaminated. The DNR’s list of symptoms can help you pinpoint the possible contamination issue and determine the right test to get.

2. Next: find a lab that can test for your suspected contaminant

You can also ship water samples to the Wisconsin State Laboratory of Hygiene in Madison, but rush delivery may be needed to get the sample to the lab in time for an accurate test.

Unfortunately, these tests aren’t free, and some can be a few hundred dollars. Make sure to review the testing specifications carefully before you pay for a test. While the price tag may give you sticker shock, having clean, safe drinking water is essential for you and your family, not to mention that the cost of testing your well could help prevent greater medical costs down the road.

3. My well tested positive. Now what?

If your well tests positive for contaminants, the first thing you should do is reach out to the Wisconsin Department of Health (DHS) and the DNR. Experts at these state agencies will be able to offer more information about the specific contaminants in your water. They may also ask you to get another test to ensure the results are accurate and comprehensive. If you want to see broader contamination trends in your area, you can use the interactive Well Water Viewer map from the University of Wisconsin-Stevens Point. This tool uses voluntarily submitted private well data from around the state to map contamination patterns. While it’s not a definitive representative of groundwater quality in your region, but it can give you a better idea of what contaminants have been found near you.

4. I know what’s contaminating my water. What should I do about it?

Once you’ve determined the contaminants in your water, the next step is to treat both your well and the people who have been drinking from it. First, you need to consult with health experts about the right course of action. In some cases, state experts may recommend that you see a physician. Depending on the contaminant and the concentration, though, medical attention may be unnecessary. Next, you’ll need to treat the well itself. The DNR has a list of certified contractors that can help you, but be sure to first consult with state experts about the specific treatment you’ll need.

5. Where is this contamination coming from?

Sometimes the source of private well contamination can come from your own backyard through things like fertilizer use or a leaky septic system.

You can also consult with local water officials, professional geologists and civil engineers, or you can use UWSP’s Well Water Viewer to look for patterns in regional contamination.

6. How do I stop this from happening again?

This is a problem we’re working hard to solve at Clean Wisconsin. Totally eradicating contamination in Wisconsin’s groundwater will be a societal effort, but there are steps that you can take to protect your own well. You can slope the ground around your well to keep runoff—which may contain pollutants—away. Avoid using or mixing pesticides, fertilizers, herbicides, and other harmful chemicals near the area where your well is located. If you use a septic system, be sure to closely inspect it regularly for leaks. And remember: get your well tested at least once per year.

And finally, be an advocate for clean water! When your community is considering a new development or construction project, ensure that the Environmental Impact Statement contains information about protecting drinking water. Above all, urge your elected officials to always prioritize clean drinking water when making rules that affect your community. You can do this easily by signing up for action alerts from Clean Wisconsin to speak up for our water at key moments.