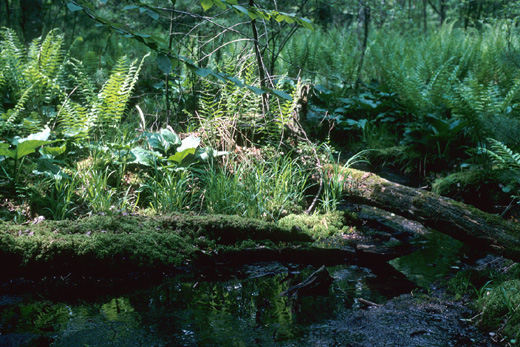 MADISON, WI — The Monroe County Circuit Court upheld an Administrative Law Judge’s ruling on Monday to deny a wetland fill permit to an out-of-state frac sand company. Their proposed project would have permanently destroyed over 16 acres of a rare and valuable wetland forest in Monroe County.

The Court ruled in favor of Clean Wisconsin and Midwest Environmental Advocates, holding that the Department of Natural Resources violated the law when it issued the permit. The Court found the permit violated state wetland law because the proposed project would have resulted in significant harm to the environment. The Circuit Court agreed with the Administrative Law Judge that the basis for the Department’s decision was contradicted by recommendations from experts and scientists.

On the eve of the initial trial, Meteor Timber lobbied members of the Legislature to introduce legislation which would have exempted their proposed frac sand facility from having to meet the permitting standards applicable to everyone else in Wisconsin. Thankfully, this special interest giveaway was narrowly defeated, and the case was decided based on the merits, not politics.

“Once again, the Court agreed that DNR needs to follow both the science and the law when reviewing wetland fill permits, as DNR itself now acknowledges,” said Clean Wisconsin staff attorney Evan Feinauer. “We can’t afford to carelessly destroy our wetlands. We must listen to the science, and to scientists, when making decisions that permanently affect the environment in Wisconsin. Today’s ruling also makes clear that all permit applicants must meet the same legal standards, irrespective of their wealth or political influence.”

Much of the 16.25-acre parcel consists of a unique White Pine-Red Maple wetland considered “imperiled” by the state. The wetland serves critical environmental functions, including providing habitat for rare species of plant and animal, absorbing water to reduce the incidence and severity of flooding, and improving area water quality. Atlanta-based Meteor Timber wishes to build a frac sand drying and transloading facility on the land, to ship sand to Texas for oil and gas extraction.

In reviewing the permit in 2016, DNR’s wetland ecologist recommended that the permit be denied, citing the value of these wetlands, the lacking remediation plan, and the negative precedent it would set for future wetland permits. Despite this, the permit was granted.

Clean Wisconsin and Midwest Environmental Advocates are committed to defending these wetlands and the integrity of the permitting process should the case be appealed.