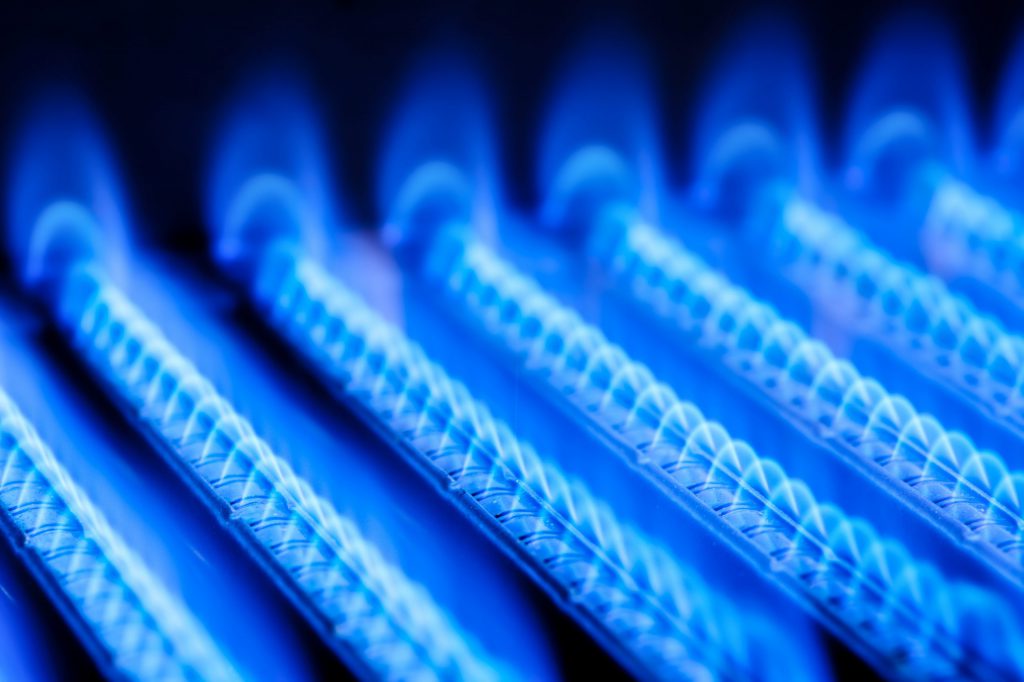 Blog, As Seen in the Defender, Climate and Energy, Science: Under the Lens
January 11, 2023, By Paul Mathewson

Long pushed as a cleaner energy source, natural gas is no more natural than coal or oil, and continued reliance on this fossil fuel will mean disaster for our climate.

The fossil fuel known as “natural” gas is a mixture of hydrocarbon molecules, mostly methane, that is used to power about 30% of energy demand in the United States. There are two, chemically identical, types of this gas: conventional natural gas and renewable natural gas. Conventional natural gas, which accounts for the vast majority of natural gas use, is a fossil fuel just like oil and coal that needs to be extracted from deposits in the earth. Renewable natural gas is formed through the anaerobic digestion of landfill waste and livestock manure, meaning there can be a continual (renewable) supply of it.

Natural gas is much cleaner-burning that other fossil fuels. Compared to coal, it emits about half as much carbon dioxide (CO2) to produce the same amount of energy. Burning natural gas also produces very little sulfur, mercury or particulate matter. These reduced levels of pollution have led natural gas to be touted as an environmentally-friendly “bridge” fuel to a cleaner energy system.

However, from a climate perspective there are two main issues with increased production of natural gas. The first is that while burning natural gas emits less CO2 than other fossil fuels, it is still emitting CO2. As made clear in the Intergovernmental Panel on Climate Change’s most recent assessment of climate change science, we need to reach net zero carbon emissions by mid-century to limit global warming to 1.5-2°C, the goal set by the Paris Agreement in 2015. Thus, the relevant comparison point for natural gas is no longer to coal and other fossil fuels, but to carbon-free energy sources like wind and solar. Additionally, investing in natural gas infrastructure development today creates a strong financial incentive to continue using gas for years to come that could delay wider adoption of carbon-free energy sources.

All this taken together demonstrates that while natural gas is an improvement over coal and other fossils fuels, continued reliance on it—not to mention any further development— at the expense of carbon-free alternatives will impede our ability to meet the Paris Agreement climate goals and avoid the worst impacts of global warming.