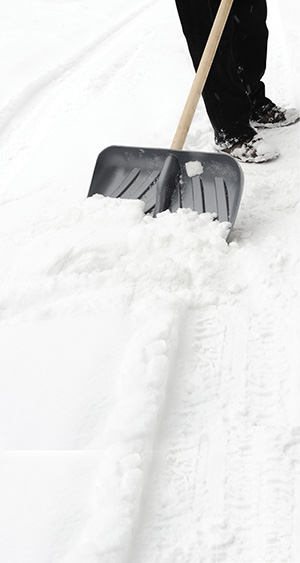 Winter: The Season of Salt

Winter in Wisconsin may mean different things to different people, but snow and ice are always the major theme. And when that snow and ice piles up on roads, driveways and sidewalks, it also becomes one of winter’s major tasks.

Removing snow and ice is a huge investment of both time and money in our state. Each year, tens of millions of dollars are spent to spread millions of pounds of salt on Wisconsin’s roadways. While these costs are easy to relate to, there is a less obvious environmental cost. When road salt melts snow and ice, it is breaking down into the chemical elements sodium and chlorine. These elements can harm nearby plants and pollute our waters when they run off in the spring. Even worse, when they get into our water supplies, they accumulate over time. According to the DNR, between 1975 and 2004 increases in chloride levels of 246 percent, 551 percent and 282 percent, respectively, occurred in three of Madison’s wells, due in part to road and sidewalk salt. And a monitoring report by the EPA shows Lake Michigan’s average chloride level was increasing by about 0.1 milligrams per liter every year, largely due to road salt and other human activities. While the chloride levels are within acceptable EPA levels for safe human consumption, higher chloride levels in Lake Michigan may contribute to the invasive species problem by making the water more hospitable to saltwater species that thrive in a slightly briny mix.

So what can be done about it?

On the large scale, there is no easy solution; the only real way to cut down is to cut back. For instance, plowing more often and sooner after snow falls reduces the need for melting materials, as can changing expectations to allow more snow to stay on roads that are less traveled. Many communities are working along these lines to monitor and reduce their salt use as much as possible and are establishing salting procedures and finely calibrating machinery. Some have also enacted preventive measures like pre-wetting roadways with salt brine and sand. However, none of these completely eliminate the need for ice-melting materials.

Some communities are hard at work to find better alternatives to rock salt. In 2008, Polk County took recycling to a new level when it began using cheese brine, a salty byproduct of the cheese-making process, to de-ice roads. Each year, the county uses 35,000 to 50,000 gallons of brine, and in the first year, in addition to curbing its salt use, Polk County saved $40,000. Other communities have looked at other substances as well, although none are without environmental impacts.

Fortunately, at home, the best solution is also the cheapest: simply make sure to shovel snow shortly after it falls. By getting it off driveways and sidewalks before it has the chance to pack down or melt and refreeze, you can keep it from ever turning into slippery ice. This, by the way, is also the only method that works at the very low temperatures we had this winter.

If you do need more traction, sprinkling sand on top can help and any excess can be swept to the side; however, be sure to brush off or change shoes when you go indoors, as sand tracked inside can be wearing on carpets and floors. Birdseed can also be used for a similar effect, with the advantage that wildlife will do the clean-up work for you. This will also help preserve your surfaces: the snow and ice only melt temporarily from salt, and the water that gets into the cement causes damage when it freezes again.

Clearing snow and ice to make roadways, driveways and sidewalks safe is an important winter chore, but it can have unintended environmental consequences. Take a moment to consider your options before dousing your driveway in salt this winter; a low-salt diet and a little sweat equity can help keep your yard and pets — as well as Wisconsin’s air, soil and waterways — cleaner and healthier.