The Year of Clean Drinking Water is over. What comes next? 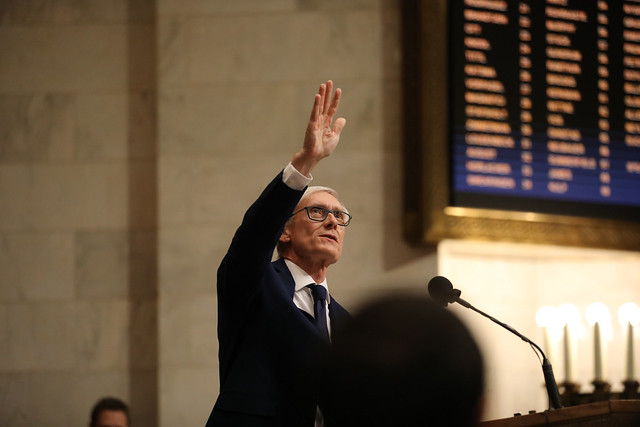 Early last year, in his State of the State Address, Gov. Evers declared 2019 the Year of Clean Drinking Water. While 2019 is behind us, the governor has continually reiterated—through his words and actions—his support for efforts to address polluted drinking water that plagues too many Wisconsin residents.

In combination with the series of hearings the Water Quality Task Force held around the state last year, the governor’s declaration drew important attention to the tens of thousands of Wisconsin residents who do not have access to safe drinking water, as well as to the urgent need for bold action and investment by the state to address this problem. Unfortunately, many of the proposals Gov. Evers included in his budget last year to address drinking water contamination, like money to remove lead service lines and changes to the state’s well compensation program to allow private well owners with nitrate polluted wells better access to the program, were not passed by the legislature. Some of those proposals are still before the legislature, having reemerged as part of the recommendations from the Water Quality Task Force, but their prospects are uncertain.

While our awareness of the water pollution issues Wisconsin residents face throughout our state has grown, much work remains. The legislature may add some additional resources in the coming weeks, but they will likely fall well short of what is necessary.

Despite this, the Department of Natural Resources is moving forward with developing protections from nitrate and PFAS pollution. Here are the details of those efforts, and why they’re important for clean drinking water:

Last July, the Gov. Evers announced the beginning of a process to develop new rules to reduce nitrate pollution in our groundwater, and in December of 2019 the Natural Resources Board (NRB)—the oversight body for the DNR—approved this effort. DNR will spend the coming months gathering ideas and perspectives from stakeholders and writing a proposal to change how nutrients are managed on farms in areas of the state most at risk for nitrate contamination. These new rules are helpful for a number of reasons: they can reduce nitrate pollution in groundwater—which affects both private and municipal wells—and they can prevent widespread pollution in the future.

These new guidelines are an important step towards addressing the widespread nitrate pollution Wisconsin residents face. This is the first opportunity in many years to adjust our state’s rules around applying fertilizer and manure on fields in sensitive areas to reduce nitrate pollution.

In January, the NRB approved another proposal from the Governor to develop rules to monitor, clean up, and prevent PFAS pollution. These forever chemicals have been used in a wide variety of applications for decades, but the risk they present to human health and their contamination of our groundwater have only more recently come to light. In the next year or two, DNR will develop groundwater, surface water, and drinking water standards based on science that will protect public health and develop rules to reduce future pollution from happening and guide the cleanup of contamination that has already occurred.

Developing new rules to address PFAS and nitrate pollution will take time, and getting them approved by the Legislature and the Natural Resources Board will be another hurdle, but they are two important examples of how the work begun during the Year of Clean Drinking Water continues.

As we continue to help more Wisconsin citizens understand the depth and breadth of our polluted drinking water crisis, we’re working with key state officials to support important actions like the development of these rules and gearing up for another strong push towards the big, bold, sustained investment in cleaning up our drinking water pollution that is long overdue.