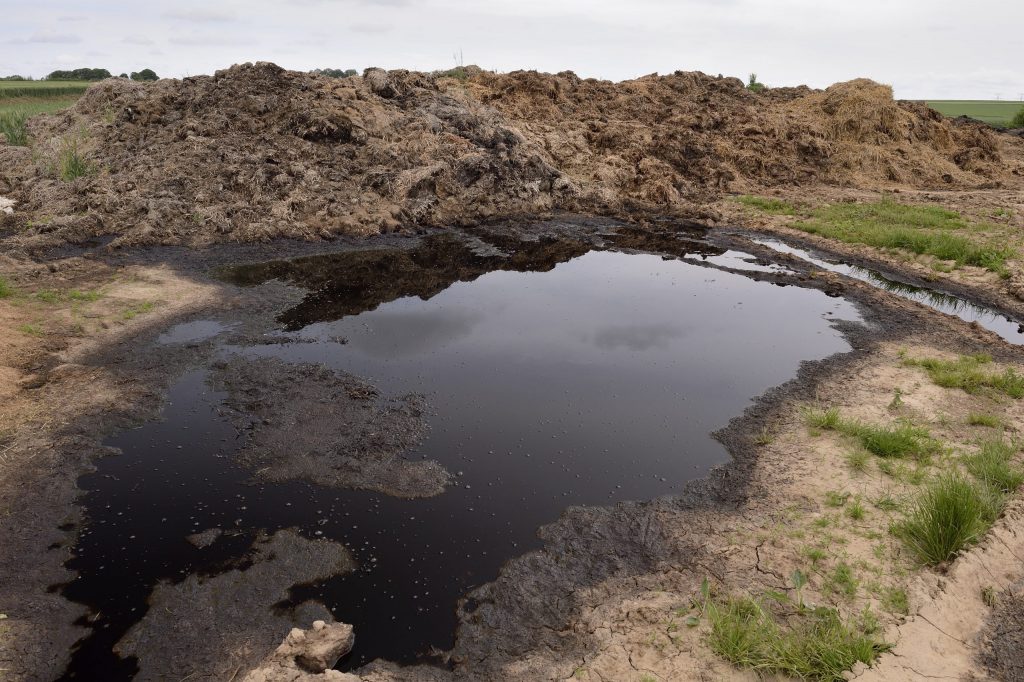 MADISON, WI — The Wisconsin Supreme Court will issue decisions tomorrow on two separate cases, each named Clean Wisconsin v. Department of Natural Resources (DNR). Both cases look at the impact of a controversial 2011 law known as Act 21 on the DNR’s ability to protect the state’s waters.

The first case involves a wastewater discharge permit issued by the DNR in 2012 for Kinnard Farms, a large dairy operation in Kewaunee County that’s home to about 9,000 animals producing more than 100 million gallons of manure and wastewater every year. Clean Wisconsin and co-litigant Midwest Environmental Advocates (MEA) argue the DNR failed to protect groundwater from contamination when it issued the permit.

“This is a massive livestock operation that produces and spreads tremendous amounts of manure,” says Clean Wisconsin staff attorney Evan Feinauer.  “DNR should have required offsite groundwater monitoring as a condition of the permit to determine whether the facility’s manure spreading is causing groundwater contamination and endangering drinking water wells. And they should have imposed a limit on the number of animals allowed there.”

In circuit court, DNR and Kinnard Farms, Inc. claimed the agency didn’t have the authority to protect drinking water in this instance because of Act 21, a Walker-era law requiring state agencies to have explicit authority in order to include conditions as part of a permit.

“That interpretation is extreme. They were essentially insisting that the statute or rule must spell out verbatim everything DNR can do, even though DNR is required by statute to issue permits that protect our groundwater,” Feinauer explains. “It’s more than enough that the statute says the DNR must include conditions that assure compliance with groundwater standards. Offsite groundwater monitoring is the only way to see what the water quality is. How else could you assure compliance with groundwater quality standards?”

In 2014, a circuit court sided with Clean Wisconsin and MEA, so DNR appealed. Now, after years of litigation and the election of Gov. Tony Evers, the DNR has switched gears and returned to its original position that it does have the authority to require monitoring wells and limit the number of animals as conditions for a new permit. But while the case was on appeal, the Legislature moved to intervene as a party, insisting it had an interest in what conditions were placed in Kinnard’s permit.

“One of the ‘lame duck’ bills passed just before Governor Evers took office gave the Legislature the power to intervene in a range of cases.” Feinauer says. “Ultimately, the Supreme Court ended up letting them intervene, but without saying why. That’s really unfortunate. We don’t think the Legislature has any business being in this case, and the unexplained decision gives us no guidance about why the Court believes this is appropriate.”

Since it was first filed eight years ago, the focus of the case has shifted toward complex legal questions surrounding the power of state agencies under Act 21, leaving families with polluted wells waiting for help.

“At the end of the day, tomorrow’s ruling is still about whether Kinnard’s permit should include conditions that address potential contamination of surrounding groundwater.  We always have to remember this is about our shared water resources and the people who rely on them,” he says. “The Legislature isn’t really contesting that there is an enormous contamination issue. All we’re arguing about now is whether or not DNR can do something about it.”

“It’s the concentration of wells, the density of use in a region that has a single, shallow aquifer. And that density has increased rapidly. So we’re seeing the real-time results of an experiment where people extract enormous amounts of water in a relatively small area,” Feinauer says.

The DNR, along with industrial and corporate interest groups that intervened in the case, pointed to Act 21 as a limit to its authority over high-capacity wells. As with the Kinnard Farms case, the Legislature also intervened, and the DNR eventually shifted back to its original, environmentally-protective position after Evers’ election. But Feinauer emphasizes this case has another, critical layer—the Public Trust Doctrine in the State Constitution.

“The Public Trust Doctrine protects navigable waters. These waters are held in trust by the state for the use and enjoyment of the people of Wisconsin. So when a lake or a stream or other navigable water is harmed by excessive groundwater withdrawals, the Wisconsin Supreme Court held in a unanimous ruling in 2011 that DNR has an obligation under the Public Trust Doctrine to do something about it,” he says, adding that the Court must consider the deeper constitutional issues that siding with the Legislature and industry would create. “They are arguing that DNR doesn’t have the authority to protect public trust waters. That cannot be right because then nobody has the power to protect the resources that the state constitution says must be protected. That’s creating a Constitutional problem.”

As with the Kinnard Farms case, the existence of underlying environmental harm and the source of that harm is not being genuinely disputed by the Legislature or industry groups. While the case was being briefed before the Wisconsin Supreme Court, a study conducted by DNR researchers in collaboration with the Wisconsin Geological and Natural History Survey, United States Geological Survey, and the University of Wisconsin System confirmed that two Waushara County lakes, Long Lake and Plainfield Lake, are being harmed.

Even though the Supreme Court heard both cases on the same day, both involve Act 21, and the Legislature intervened in both cases, Feinauer notes the cases are distinct.

“The Court will have to reach a judgment based on the specific facts and statutes at issue in each case. So, it is possible for the Court to rule in favor of Clean Wisconsin in one of the cases, but not the other. But we expect the Court to see that we’re on the right side of the law in both cases.”