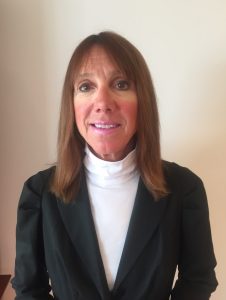 Ann’s first involvement in environmental activism was during the fight against the Oak Creek coal plant expansion. She was introduced to Clean Wisconsin during that fight. From that experience, Ann realized that one of the best ways she could make a difference was to run for local office.  In 2001, she ran and was elected to serve on the Board of Trustees for the Village of Wind Point.  As Wind Point Trustee, she was in charge of the village’s recycling program, waste management, and forestry departments. She was able to introduce and pass an ordinance restricting the use of phosphorus, started the first municipal household hazardous waste collection in the Wind Point area, and instituted and oversaw a solar panel project on the Wind Point municipal garage.

After moving from Wind Point to Racine, Ann continued her involvement with the city of Racine. The mayor appointed her to the Police and Fire Commission and to the Racine Planning Commission.

After living in Racine for 38 years, Ann and her recently retired husband, Jeff, moved to Middleton, Wisconsin. They had become first time grandparents to twin girls who are living in Madison, and wanted to be close to them.

As a new grandmother, the protection and defense of our air, water, and lands takes on a renewed importance to Ann. Time spent with her granddaughters is not only precious, but serves as a reminder of the importance of a healthy environment. She was also pleased and somewhat surprised at the special value the Madison community places on its green spaces. So many lakes, parks, and conservancies in close proximity to urban living add to the incredible quality of life Middleton has to offer. Ann is loving her new environment and looks forward to many rich and new relationships there with like-minded people!

Ann has lived her entire life in Wisconsin. She loves hiking and swimming in our lakes up north in the summer, and skiing and snowshoeing in the winter. Along with her husband, she has plans to eventually hike or snowshoe the entire Ice Age Trail.

Ann is excited to be part of the Clean Wisconsin Board of Directors; Ann’s prior tenure serving on the C3 and C4 boards of Wisconsin Conservation Voters were some of her most valuable years — seeing firsthand smart, passionate people fighting for our planet that otherwise cannot defend itself.

A native of Marshfield, Ann received her B.A. and J.D at the University of Wisconsin-Madison.