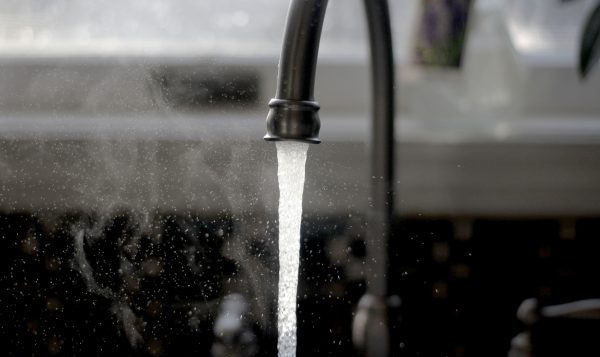 A few months ago, I wrote about the formation of the Speaker’s Task Force on Water Quality in response to concerning water test results from the first round of sampling for the Southwest Wisconsin Groundwater and Geology (SWIGG) study. The first round of sampling found that 42% of wells tested in Grant, Iowa, and Lafayette Counties tested positive for nitrate and/or bacteria contamination. At that time, hearings for the Task Force had just begun and, in the midst of state budget discussions, there was hope the Legislature would incorporate many of the Governor’s strong budget proposals to invest in water quality and demonstrate a bipartisan commitment to clean water.

Fast forward a few months and the Legislature largely dropped the ball on investing in clean water. Funding to help families replace lead service lines was completely cut and investments in curbing pollution from farms were curtailed. Half of the Speaker’s Task Force hearings have been completed without much indication of what the Task Force will end up recommending. Legislators have heard from citizens, researchers, county officials, and many other stakeholders about the diversity of water issues Wisconsin citizens face but haven’t given a lot of indication about what actions they are prepared to take to address these challenges. We expect a report or set of recommendations to emerge sometime in the fall, and we’ll be looking for bold action and a serious, sustained investment in fixing our water quality problems.

As we called for in our testimony before the Task Force in April, we expect the Task Force to help families with contaminated drinking water get access to safe water as quickly as possible, take significant steps to reduce the pollution contaminating drinking water in the first place, and provide sustained and substantial resources to the state agencies, local governments, and other stakeholders tasked with making sure all Wisconsin residents have access to safe drinking water. We expect the Task Force to provide lasting solutions to the challenges facing the 170,000 households with lead service lines, the over 40,000 families with wells contaminated with high nitrate levels, and the citizens in Marinette, WI and elsewhere around the state facing risks from PFAS compounds, an emerging drinking water contaminant.

In early June, results from the second round of well tests for the SWIGG study found that 15% of the over 500 wells sampled tested over 10mg/l for nitrates, a similar percentage to the first round of sampling (16%). Fewer wells tested positive for coliform, resulting in an overall contamination rate of 27%. This figure is lower than in round one but is still very concerning. Researchers highlighted the likely role that seasonal variability played in the reduced coliform numbers and expect to learn more about pathogen contamination through the water sampling occurring this summer that will indicate the sources of the pathogens.

While we wait for those results and researchers take a detailed look at well construction and the geology of Southwest Wisconsin in the coming months, we already know what is causing much of the alarmingly high nitrate contamination rates.  Among the three counties involved in the study, Grant, Iowa, and Lafayette, we estimate that about 29 times more nitrogen pollution originates from farm fields than septic systems.  Based on research from UW-Stevens Point, about 407,000 pounds of nitrogen could be leaching out of Southwest Wisconsin’s 20,000 septic systems annually. However, almost 60 million pounds of nitrogen are put on corn fields in Grant, Iowa, and Lafayette County every year, and researchers estimate about 11.8 million pounds of that nitrogen could be contaminating groundwater.

The evidence that too many Wisconsin residents don’t have access to save drinking water keeps coming, and it’s time for bold action to address this drinking water crisis.  When Speaker Robin Vos announced the Task Force, he declared that “Every Wisconsinite should have access to safe, clean drinking water.”  The budget the Legislature sent to the governor fell far short of that aspiration.  We’ll be watching what comes out of the task force closely to see if it measures up.