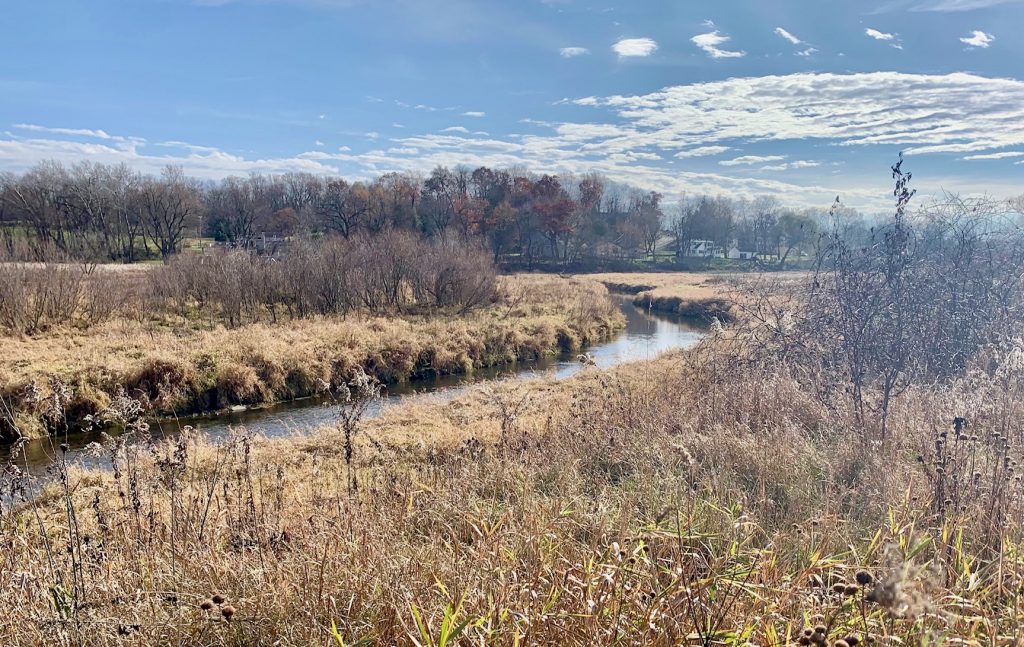 It’s no surprise the utility-scale Koshkonong Solar Energy Center will make a difference when it comes to our climate. The 300-megawatt solar farm proposed for Dane County will produce enough electricity to power more than 60,000 homes, while also reducing CO2 emissions by 15 to 20 million tons over its life. But recent research also shows the project will bring good news for area waterways.

“Agricultural runoff is a major source of water pollution in Dane County and across much of the state,” explains Clean Wisconsin staff scientist Paul Mathewson. “For the 2,400 acres of land in this project, solar panels and native grasslands will be replacing  row crops like corn and soybeans. So for the life of the project, no one will be spreading manure and fertilizers on the land and pesticide use will be greatly reduced.”

According to Mathewson’s analysis, phosphorous runoff alone could be reduced by as much as 96 percent across the project site. He expects to see avoided phosphorous pollution runoff into nearby waterways of more than 100,000 pounds during the life of the project.

“Basically, once the project is operating you’re not disturbing the soil anymore, so that really reduces runoff compared to the existing land use. Permanent grassland cover has deep roots that hold the soil in place, and you’re not putting any more fertilizers on it. There are no more phosphorous additions, no more nitrogen additions,” he explains.

Mathewson says that’s good news for the health of local waterways like Koshkonong Creek, which is currently listed as an impaired waterbody for phosphorous pollution by the Department of Natural Resources. 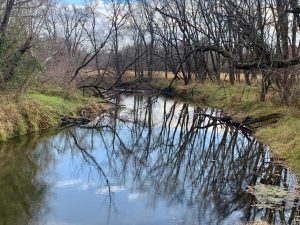 “An ‘impaired’ water body means phosphorous levels are high enough to be harmful to aquatic life,” he says. “Every bit of phosphorus we can keep out of already-impaired creeks, rivers and lakes is important. Nutrients like phosphorous fuel excessive algal growth, which decrease oxygen and light penetration in the water and increase the potential for toxic algal blooms.”

Mathewson recently presented his findings to the Public Service Commission (PSC) of Wisconsin, which is currently reviewing the project.

Those positives will also extend to small wildlife and pollinators that will now have homes among the deep-rooted native grasses and flowers planted between and around the solar panels.

“When you have a permanent native grassland that’s minimally disturbed like you would have at this solar farm, that generates a better habitat for a wider range of animals and pollinators, like the Rusty Patched Bumblebee. It’s a federally endangered pollinator,” Mathewson explains. “This solar farm is in a high probability zone for these important insects, and if vegetation management is done appropriately, the project could really improve the habitat for bees and other pollinators.”

The PSC will be opening up a public comment period for the Koshkonong Solar Energy Center in the coming weeks, with public hearings set for Jan. 20 at 2:00 p.m. and 6:00 p.m.