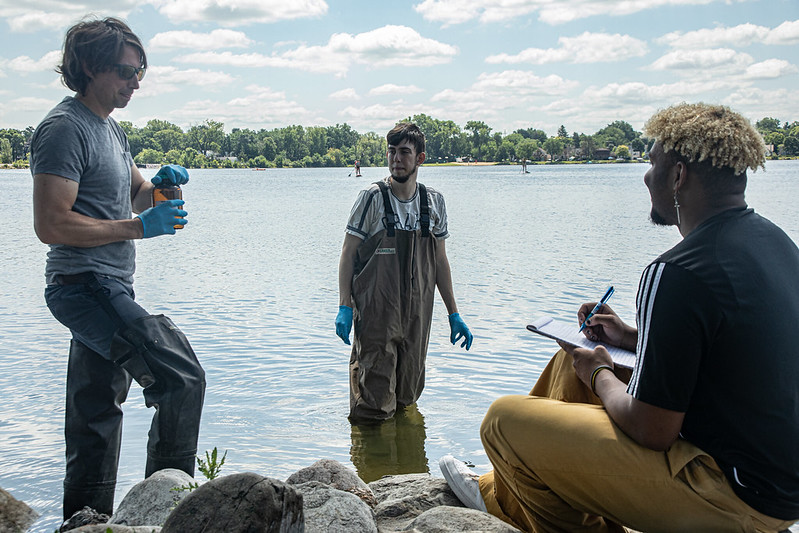 Blog, As Seen in the Defender
August 29, 2022, By David Tipson, Vice President of Programs and Government Relations

We often say that Clean Wisconsin’s advocacy is grounded in science, but what does that mean in practice? We’ve found that upholding this commitment requires investment in trained professionals who can bridge the big gap between science and policy—a science program.

In fact, the science program is Clean Wisconsin’s secret sauce. It’s the thing that makes us stand out—both from the policy-advocacy community and from the science community.

In the policy realm, our science program translates scholarly research and findings into the language of policymakers. We bring the latest information to their attention and present it in clear, understandable terms. Policymakers also come to us when they want to ground their proposals in scientific evidence.  We can assemble the data, studies and information they need.

Clean Wisconsin’s science program also plays a critical role in the academic context. Many people go into applied sciences because they want to shape public policy and change lives with their research.  The reality, however, is that most academics don’t have the time or the skills to ensure their scientific findings become policy. Their recommendations end up as concluding words in scholarly articles that won’t ever reach the public debate. Scientists at universities like UW seek out opportunities to collaborate with our science program because they know that their work might actually result in real change.

In all these contexts, Clean Wisconsin is the bridge between rigorous science and on-the-ground impact.  We sometimes call this the science-to-policy pathway.

But what and who is the science program? To some extent it’s all of us at the organization who make the commitment to put science at the center of our advocacy. More specifically, it’s the amazing graduate and undergraduate students who serve in our year-round internship program (recently doubled in size thanks to a grant from the Madison Community Foundation).  These interns research emerging issues and help us stay on top of new developments. In fact, some of Clean Wisconsin’s most prominent advocacy efforts began with student research.

More than any other person, our staff scientist, Paul Mathewson, is the science program.  Paul connects with Clean Wisconsin’s program directors to identify specific research needs to help support their work and policy goals for the upcoming year. He hires and supervises the interns. He drafts comments and testimony for legislative and administrative proposals, develops stormwater-capture modeling for our green infrastructure initiative, talks skillfully to reporters, and collaborates with researchers at local universities.

Five years ago, a United States Geological Survey study found that coal-tar-based pavement sealers, often used on parking lots and roads, were the primary source of harmful PAH chemicals found in Milwaukee-area waterways. We presented this information (as well as information from similar studies elsewhere) to local communities in the Milwaukee area, resulting in numerous bans on the use of these products.

Next, to broaden this work, Paul conducted sampling in waterways elsewhere in the state, demonstrating similar results and prompting local bans in other parts of the state to help protect public health and the environment.