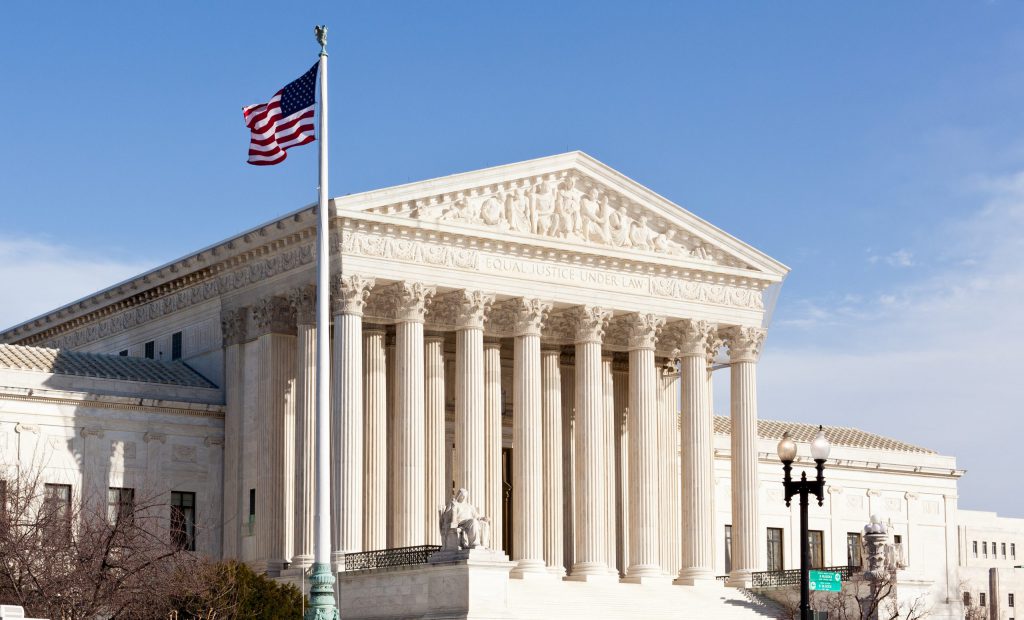 Washington, D.C. (Jan. 19, 2022) – In a brief filed yesterday with the U.S. Supreme Court, environmental, public health and clean energy industry groups urge the Court to reject the coal industry’s radical attempt to strip the Environmental Protection Agency of its ability to confront the climate crisis. The coalition urges the Court to affirm the authority, and duty, the Clean Air Act confers upon the EPA to limit the dangerous carbon pollution from the nation’s dirtiest power plants. Key points from the brief are highlighted below.

In the respondents’ merits brief, these groups argue that no petitioner has standing to pursue this case because there is no rule in effect for carbon dioxide pollution from existing power plants and EPA has made clear any new rule will start from a clean slate.

“Thus, no power plant is currently subject to regulation under either rule, and no power companies petitioned this Court for review. Nor can any petitioning state or coal company show harm from the disposition below. …  Petitioners’ primary complaints, then, are about how EPA might exercise its authority in a future rulemaking. But such anticipatory claims are unripe. Litigants must await the result of EPA’s new rulemaking, which will both define the issues for judicial review and avoid entangling the Court in an unnecessary advisory exercise over an abstract and technical policy dispute.”

The respondents further argue that even if there were a live case or controversy, petitioners’ claims would nevertheless fail on the merits.

“[The Clean Air Act of 1970] established a comprehensive regulatory framework to address not only the dangerous air pollutants identified at that time, but also to equip EPA and states with tools to address new air pollution dangers and to embrace evolving pollution control techniques.… For this purpose, Congress built in provisions to ensure the statute’s continued effectiveness over decades, including technology-forcing mechanisms to spur innovation, requirements for EPA to periodically review and update standards, and the duty to list and regulate additional pollutants when their dangers became apparent.

As respondents point out, the Supreme Court has already addressed this issue, including in American Electric Power v. Connecticut:

“This Court has already determined that Section 7411, a core provision of the Clean Air Act, ‘speaks directly’ to power plants’ emissions of carbon dioxide; gives EPA authority to decide ‘whether and how’ to regulate those emissions; and assigns EPA the ‘complex balancing’ task required to determine the best pollution-control systems in the context of a technical and complex record for particular industrial categories[…]

“Section 7411 does not contain a sell-by date. To the contrary, Congress designed this provision (and the Act as a whole) to equip EPA with tools to address new pollution problems and to impose new regulatory requirements over time. Indeed, Congress specifically tasked EPA with periodically reviewing and updating its best system determinations and emission limits at least every eight years. Applying Section 7411 to achieve reductions based on evolving systems of emission reduction is thus a feature, not a bug, of the provision.”

The Trump administration’s ineffective replacement for the Clean Power Plan and petitioners’ claims that EPA’s authority is restricted to the fenceline are not supported by the statute.

“[These claims rest] on a novel construction that Section 7411 restricts the ‘best system of emission reduction’ to measures implemented ‘to and at’ the source. That restriction finds no support in the statute.… Moreover, this restriction would unreasonably bar commonplace, cost-effective trading and averaging measures among regulated sources, forcing EPA (and states and industry) to rely on emission-reduction techniques that are both more expensive and less effective.”

If petitioners wish to challenge EPA’s authority and actions, they cannot do so on the basis of the defunct Clean Power Plan and must wait for a new rule.

“Petitioners complain that the CPP’s ‘best system’ went beyond prior applications of emissions averaging and trading by predicating its standards for coal plants in part on emission-reduction credits made available by new renewable generating facilities… This particular aspect of the CPP is the target of petitioners’ repeated claim that the CPP unlawfully required coal plants to purchase credits from new, non-emitting power generators…. Should EPA, in a future rulemaking, adopt any measures that resemble features of the CPP, its action will be subject to judicial review. But this Court should reject petitioners’ invitation to pass judgment now on the legality of a hypothetical future rule.”

“North Dakota’s inversion of the statutory structure would take the country back to a world before the modern Clean Air Act provided for minimum federal standards for industrial pollution control. Congress rejected that failed approach in 1970… and replaced it with a framework that has greatly reduced air pollution and stands guard to meet new dangers as they arise.”

Petitioners and their amici are encouraging the Supreme Court to adopt a radical approach by invoking a new “major questions” doctrine that would tear down the federal government’s ability to undertake such basic functions as ensuring the safety of food and drugs, protecting workers’ rights, or policing financial fraud. At stake is whether the United States will continue to have a functioning government that protects the health and well-being of its citizens. Using a case concerning an inoperative policy to impose such a sweeping and reckless Constitutional doctrine would have dangerous consequences for decades to come.

“This Court has never applied major questions principles to an agency rule that is defunct, not under review, and that would have no meaningful impact even if it were reinstated. Nor has the Court ever applied such principles to a hypothetical future rule whose impacts are not yet knowable.”

The brief was filed by:

The coal companies and their allies behind this case want to prevent the EPA from limiting carbon pollution, and are attempting to thwart the fight against climate change. The petitioners’ actions would move the United States back toward the pre-1970s’ era, when few pollution controls existed before the Clean Air Act was signed into law.

There is strong legal support for the EPA’s authority to regulate power sector pollution in order to protect clean air and public health. The EPA’s authority is consistent with the Constitution, the Clean Air Act and the Supreme Court’s decisions in Massachusetts v. EPAand American Electric Power v. Connecticut.

The U.S. Department of Justice and EPA, a coalition of two dozen states and cities, and a group of power companies that serve millions of customers in states across the country are also expected to file briefs with the Supreme Court today supporting  EPA’s authority to regulate carbon pollution from power plants.

The full brief, additional information, and filings in the case can be found here.

For more information or for media inquiries, contacts for the respondents are included below: