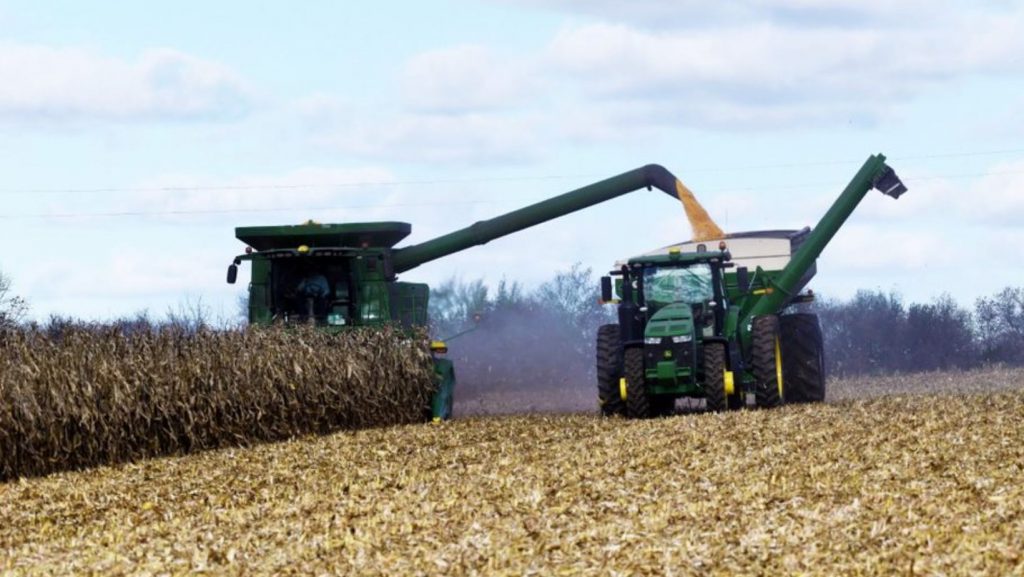 As Seen in the Defender, Science: Under the Lens
December 8, 2022, By Paul Mathewson

Which land use produces more energy per acre, corn ethanol or solar?

One of the concerns about utility-scale solar development is the amount of land needed for these large solar facilities, which are commonly placed on agricultural land. In Wisconsin, we already use one million acres of agricultural land to harvest energy in the form of corn grown for ethanol. Ethanol is an alcohol formed through the fermentation of sugars in corn grain. Ethanol is blended with gasoline in order to meet Clean Air Act requirements for making transportation fuel cleaner burning and to comply with the Renewable Fuel Standard, which requires certain volumes of renewable fuel replace petroleum-based fuel.

The one million acres of corn grown to produce ethanol represents about a quarter of all corn planted in our state. By comparison, an estimated 3,500 acres in Wisconsin are currently used for utility-scale solar (with thousands more approved), but that number needs to grow to 170,000-200,000 in order to achieve net-zero emissions by 2050. This is still only 20% of the land already used to grow corn for ethanol.

This existing use of land to generate energy leads to the question of what is a more efficient land use from an energy production standpoint: harvesting energy from growing corn for ethanol or from solar panels.

One metric used to evaluate relative efficiency is comparing the similar end uses of the two energy generation pathways. There are several analyses looking at how many miles of vehicle transport can be powered from corn ethanol compared to using solar to power transportation. These analyses typically find that one acre of solar panels can power 70-90 times more miles of electric vehicle transport than corn ethanol can power internal combustion engine vehicle travel.

To account for the latter, even if the ethanol was converted to electricity to power electric vehicles, solar panels would still power 25-35 times more electric vehicle miles.

However, one must also consider how much input is required to obtain these energetic outputs. Corn needs to be grown, harvested and processed into ethanol, all of which requires energetic inputs. Likewise, solar panels need to be manufactured and installed. One metric used to evaluate this is called “Energy Return on Investment,” or EROI. This metric is the ratio of the energy generated to the energy input required. For example, an EROI of 2:1 means that for every one unit of input, you get two units of output. EROI estimates vary considerably from analysis to analysis, depending on what inputs are considered.

Published EROI estimates for solar range from 3.75:1 to 30:1, typically around 8:1. This indicates that only 12% of solar energetic production is offset by input requirements, resulting in a net energetic return of 88%.

Thus, when accounting for inputs, the net energy production of solar is 100-125 times that of corn ethanol.

Finally, we note that only comparing vehicle miles powered ignores an energetic pathway of societal value from ethanol production that needs to be considered when comparing land use efficiency. Coproducts of ethanol production (e.g., distillers grains and corn gluten meal) are used as livestock feed.

To account for this, one can look at the total amount of energy, regardless of how it is used, generated by solar panels compared to the total energy contained in corn, assuming it all gets used. Using average 2021 corn yields in Wisconsin and conservative solar electricity generation rates in Wisconsin, solar panels still generate 16 times more gross energy per acre than corn produces.

In sum, while there is no perfect comparison of the land use efficiency of growing energy with corn versus generating energy with solar panels, all the metrics described demonstrate that solar is far more efficient at generating energy. This comparative land use efficiency should be considered alongside other environmental considerations such as the water pollution and greenhouse gas emissions that accompany corn ethanol production.