Madison, Wis. – As lawmakers in the state capitol prepare to vote on a bill that would lock-in the unsustainable pumping rates of existing high-capacity wells, an in-depth analysis of dozens of recently modified well permits shows a massive water grab is underway in Wisconsin. 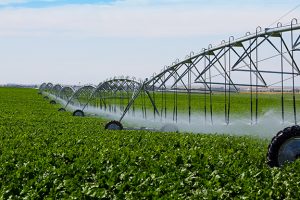 A Clean Wisconsin review of dozens of high-capacity well permits from around the state illustrates how Attorney General Brad Schimel’s flawed 2016 legal opinion created a massive water grab, allowing high-capacity well permit-holders to pump enormous quantities of water despite well-documented analyses from the agency’s own scientists about the likely impacts to natural resources and nearby private wells. Unsustainable levels of pumping from high capacity wells already causes rivers, lakes, streams, and wetlands to run dry in some areas of our state.

According to state records, these high-capacity wells, taken together, are now authorized to pump an additional 1 billion gallons of the public’s water above what was previously allowed. More than 80 percent of the well permits analyzed are in the Central Sands region of the state, which has already been hit hard by unsustainable pumping levels.

“Attorney General Schimel was wrong when he opined that the DNR lacks the legal authority to review impacts of high-capacity wells on most lakes, rivers, streams, wetlands, and private wells,” said Clean Wisconsin’s Amber Meyer Smith. “The result of Schimel’s flawed opinion is the state is now issuing high-capacity well permits without any regard for protecting our public waterways or neighbors’ private wells. And these are just the permit modifications we’ve seen so far.”

For example, in August 2016, a permit-holder in Portage County asked the DNR to remove a condition that limited the amount of water they could pump during a 30-day period to 21 million gallons. The agency later approved the request in October 2016 despite having previously determined that “monthly pumping needs to be restricted to prevent significant impact from this well” on nearby Ten Mile Creek. The permit holder is now allowed to pump up to 43.2 million gallons every 30 days – more than double the limit DNR thought necessary to safeguard area waters.

Records show DNR experts expressed serious concerns about the impact of the well on Ten Mile Creek, stating in emails:

“What was once a trophy brook trout fishery has been relegated to a fishery comprised of mud minnows, sticklebacks and white sucker… This well will have a negative impact on nearby wetlands and magnify the pumping impacts of other wells to the Ten-Mile Creek.”

In one of the most egregious cases, DNR approved a high-capacity well permit application in Pepin County it previously concluded was unacceptable. The department found existing wells were already depleting water from nearby Fall Creek, which the DNR considered a “high value water resource” and Class 2 Trout stream.

A DNR analysis showed this well would contribute to a 30-percent draw-down of Fall Creek, a waterbody already hit-hard by nearby pumping. Because DNR is no longer reviewing permits for those impacts, the high capacity well has now been approved.

Clean Wisconsin and the Pleasant Lake Management District are suing the DNR, arguing that the agency’s failure to act on its duty to protect nearby water bodies from the impacts of eight high-capacity wells violates its Constitutional obligation to protect the natural resources the citizens of Wisconsin entrusted to the DNR.

“The Legislature and the Attorney General have relegated the DNR to a rubber stamp for high-capacity wells,” Meyer Smith said. “This is especially disturbing as the Legislature is considering Senate Bill 76, which will lock-in these unsustainable pumping rates –  sacrificing public waters, rivers, lakes, and private wells, for the benefit of a handful of private interests.

“Unless legislators want to explain to their children and grandchildren why they gave away the public’s water to a handful of corporations, they should oppose SB 76,” Meyer Smith said.

For a list of the recently modified well permits with conditions removed and the increased pumping limits, click here: Groundwater Giveaway Distribution.