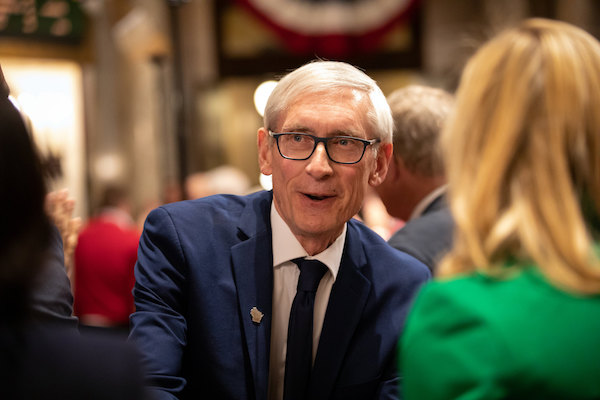 In July, Gov. Tony Evers signed the 2019-2020 budget into law, wrapping up the months-long process that began with the governor’s budget proposals back in February.

During this process a number of clean water and energy items were removed or significantly cut before heading to the State Assembly and Senate for approval. Some of the Joint Finance Committee (JFC) changes to Governor Evers’ proposed budget included:

Despite these major cuts, the state budget that was signed into law saw a significant increase in funding for clean water and energy programs from the previous state budget. The new governor has made environmental issues a main priority in his first months in office, especially around clean water, where he declared 2019 the Year of Clean Drinking Water in Wisconsin. His budget proposals were able to move the needle on important funding to expand access to clean drinking water and to move our state towards clean energy, despite a number of his main budget priorities not making it into the final budget.

Additionally, Gov. Evers used his powerful veto pen to make final changes that had significant implications for water and energy issues in the state. One item added to the budget by the JFC limited local control of quarry mining by prohibiting counties and municipalities from regulating blasting, hours of operation, and noise, air, and water quality. This was also proposed in the 2017-19 State Budget and was vetoed by then-Gov. Scott Walker. This budget cycle, Gov. Evers also vetoed this provision.

Clean Wisconsin applauded the governor’s use of his veto power on other clean water and energy items. The VW Settlement fund was partially vetoed, and as in his original proposal, the governor directed that $10 million of the taxpayer-free fund be spent on EV charging infrastructure. Further, language was vetoed that put money into the JFC-controlled fund which included money for the Well Compensation Grant Program and the proposed Nitrate Well Testing Program. Clean Wisconsin supported this veto because JFC control of these funds would place an unnecessary burden on those simply trying to gain access to clean drinking water. Once the money is in this fund, the JFC has sole discretion over how it’s used, with no guarantee the money is spent on these important programs.

It’s disappointing that the legislature approved large cuts to Gov. Evers’ proposals that would have increased access to clean drinking water for many Wisconsin residents, helped farmers get the support they need to protect water quality, and jumpstarted the state’s clean energy economy. However, this budget is an improvement in funding levels from the last budget, due in large part to the governor’s vision and leadership.

Clearly, there’s more that needs to be done, and we look forward to working with Gov. Evers and the Legislature to move many of our clean water and energy priorities forward. Now that the budget has been signed into law, Clean Wisconsin will focus on the State Legislature and some of the important items and programs that were cut out of the proposed budget that still need to be supported. Especially during the Year of Clean Drinking Water, there are many more investments and creative initiatives that need to be done to get Wisconsin on a path toward safe, clean drinking water for everyone.