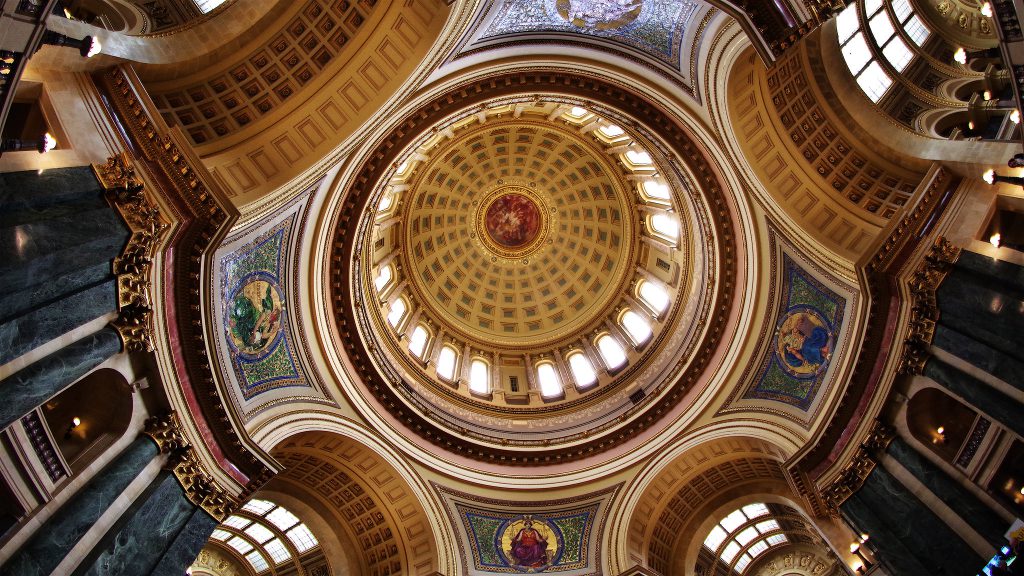 Governor Tony Evers introduced the 2019-2021 State Budget in late February this year, proposing big investments in programs for clean water and energy in Wisconsin—the biggest we have seen in many years.

Clean Wisconsin is strongly advocating for the governor’s clean water and energy priorities. There are many encouraging things in the governor’s budget. Below summarizes some of the biggest items.

One of the first things Gov. Evers did after inauguration was declare 2019 the “Year of Clean Drinking Water in Wisconsin.” His budget reinforces the year of clean drinking water by providing $70 million for numerous water initiatives. Gov. Evers’ budget makes vital investments to address the continuing health risks associated with nitrate pollution in drinking water, reduce pollution from rural agriculture runoff, tackle emerging contaminants, and take on lead pollution.

This budget helps reduce impacts on our lakes, rivers, streams and drinking water from rural agriculture pollution. This pollution typically comes from water running off farm fields, and it requires collaborative, comprehensive solutions. These investments can be used for programs that help farmers reduce runoff from their fields, control soil erosion, manage waste and manure, and implement best management practices.

The budget also adds five staff to the DNR’s program to oversee large farms called concentrated animal feeding operations (CAFOs), increasing the program’s staffing by almost a quarter. These new staff positions will help this program, which oversees over 300 current CAFO permits, operate more efficiently and effectively. The positions will be funded by an increase in CAFO permit fees. The fee increase will make sure these large farming operations are paying their fair share of the costs of the state’s permitting and enforcement system. Additionally, the budget increases funding for county conservation staff, the boots on the ground to help farmers address agricultural pollution as well as resources to help farmers comply with new manure management protections in Northeast Wisconsin.

Currently, if your drinking water well is contaminated, there are resources from the state to help some people replace that well. This state fund is small, and not enough people are eligible to receive the funding. The governor’s budget increases the amount of money in that “well compensation fund” and changes who can apply for the funds, so that more people with polluted well water gain access to clean, safe drinking water more quickly.

The budget provides local communities access to research and expertise through the University of Wisconsin-Extension. This new program will create 20 new county-based positions to help support local communities address their unique agriculture and natural resource needs.

Emerging contaminants like PFAS are harmful to our health. PFAS are a hazardous group of chemicals, often found in firefighting foam, which can contaminate drinking water, often near military bases, airports and firefighting training facilities. Marinette, Madison and Manitowoc have all experienced high rates of water pollution from PFAS.

The budget provides funding to identify and prioritize sites with likely contamination and requires a study to determine a safe level of use of PFAS-containing firefighting foams.

The budget creates a Natural Resources Science Bureau with five water quality staff positions, two specifically focusing on PFAS pollution. This shows the renewed commitment by our governor to use science and research to protect our environment and public health.

Climate change is a major threat to our planet. Gov. Evers has outlined major commitments to clean energy to cut carbon emissions and to tackle climate change. His clean energy proposals will also help create jobs, boost our economy, and protect public health. The time has never been better, since wind and solar power is cheaper than electricity from fossil fuels, making renewables the most cost-effective option.

This goal emphasizes the importance of reducing emissions to curb climate change and jumpstart our clean energy economy. Clean Wisconsin has encouraged the state and utilities to look toward renewable energy sources to help make the transition to carbon-free.

Creates an Office of Clean Energy and Sustainability

The budget creates an Office of Clean Energy and Sustainability, which would award $4 million in renewable and clean energy research grants to support clean energy production. This office would be an important part of the equation, serving as a clearinghouse for all of our state’s energy needs, emissions reductions, and long-term energy planning.

As I write this, Republicans on the budget-writing Joint Committee on Finance have announced they are gutting key clean water and energy proposals from the governor’s budget, including the $40 million for lead pipe replacement, the 100% carbon-free electricity by 2050 goal, and the creation of the Office of Clean Energy and Sustainability.

We could see the budget process drag out into the fall as the legislature and governor negotiate over what’s included in the budget’s final version. Although the deadline for the budget is July 1, there will not be a shutdown: state government funding continues at current levels until a new budget is passed by both houses of the legislature and signed into law by the governor.

Clean Wisconsin is working to make sure these items remain a priority among lawmakers and are included in the final version of the state budget. As the State Legislature debates the budget in May and June, your voice will be critical. Contact your legislators asking them to support the governor’s clean water and clean energy commitments in his budget proposal at www.cleanwisconsin.org/act.