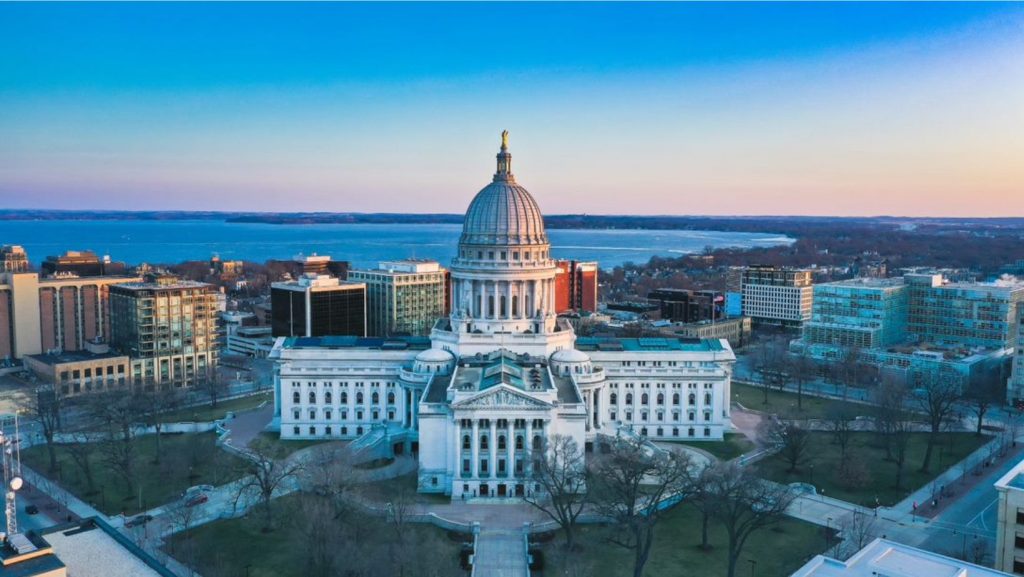 The midterm elections have come and gone. While many political pundits predicted a “red wave” of enthusiasm among Republican voters, that prediction failed to come to fruition in many states, including Wisconsin. After the dust settled and all the votes were counted, one phrase sums up Wisconsin’s political landscape for the next four years: more of the same.

Democratic Governor Tony Evers handily defeated his Republican challenger, Tim Michels, by more than 90,000 votes. His electoral success can be attributed in part to high voter turnout in Dane and, to a lesser extent, Milwaukee Counties. Also to Evers’ benefit, Michels underperformed in Waukesha, Ozaukee, and Washington Counties; traditional GOP strongholds. This is now the third straight election where Republicans have underperformed in those counties. Many attribute that diminishing success to former President Donald Trump’s role as leader of the Republican Party.

So, what does this mean for Clean Wisconsin’s state-level advocacy work?

These are welcome results for our state-level advocacy efforts. A continuation of the Evers administration means we will continue to have important allies in the Governor’s Office, Department of Natural Resources (DNR), Public Service Commission (PSC), Department of Safety and Professional Services (DSPS), and other relevant agencies. These allies are important to our success. For instance, an Evers-led DNR ensures that the policies resulting from our State Supreme Court victories on CAFOs and high-capacity wells will continue to be implemented and enforced.

Additionally, an Evers-led DNR will continue to be a valuable and willing partner in our years-long work on the implementation of federal funds from the Infrastructure Investment and Jobs Act (IIJA) and the Inflation Reduction Act (IRA) towards clean water and clean energy efforts. In Wisconsin, the ability to spend federal funds made available by the IIJA and IRA is almost entirely at the sole discretion of the Governor. To this point, we have worked directly with the Governor’s office and other administration officials to guide the allocation of those funds. We are excited that our partnership on this effort will continue for another four years.

Since Assembly Republicans failed to obtain a supermajority, the legislature will not have the votes to override Evers’ veto power, which will surely prevent detrimental environmental legislation from becoming law for the next two years. At the same time, we feel optimistic about opportunities to work with the Republican legislature on agricultural-related natural climate solutions.

What remains to be seen is how the results of the election will affect the makeup of the Natural Resources Board, the Public Service Commission, and other important boards and councils. On the Natural Resources Board, three members appointed by former Republican Governor Scott Walker will have their terms expire on May 1, 2023. However, Walker appointee Fred Prehn’s term expired in 2021, and he refused to give up his seat. His decision was condoned by the State Supreme Court after a legal challenge to Prehn’s actions. If the other three Walker appointees follow his lead, the Board will maintain its 4-3 conservative majority. Our hope is that at least one makes the responsible decision to step down, which gives Evers the opportunity to appoint a new member and shift the balance to a majority that understands the importance of environmental protections. That scenario would be beneficial for our work in ushering important clean water rulemaking through the DNR. The reason, for instance, we still don’t have groundwater standards for PFAS is because of the current conservative majority. Adding an Evers-appointee to the Natural Resources Board would present a significant opportunity for Clean Wisconsin to advocate for advancing important new rulemaking efforts.

In summary, this is just about the best outcome we could have reasonably hoped for given the realities of Wisconsin’s political landscape. We see tremendous opportunity over the next four years and look forward to continuing our work with the Evers administration.