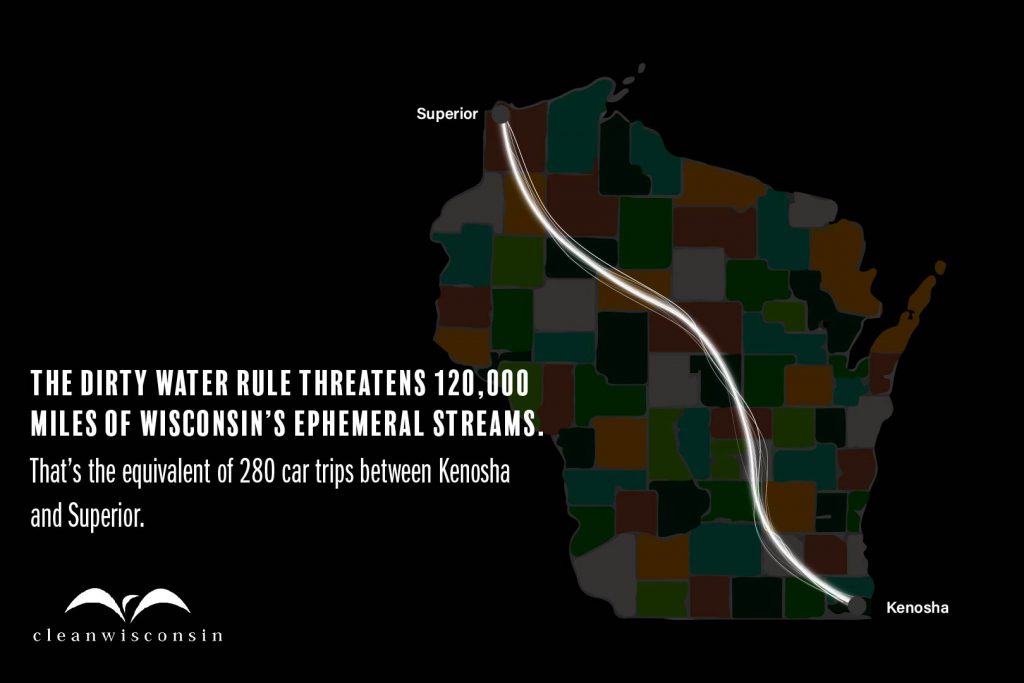 In February, the US Environmental Protection Agency released its replacement to the Obama-era Waters of the US Rule. What environmental groups are calling the “Dirty Water Rule” eliminates a number of federal protections for ephemeral waters, such as small streams, as well as wetlands not directly adjacent to other waterbodies.

This rule will have major impacts to water quality because of the importance of ephemeral waters and non-adjacent wetlands.

But you might be asking: what exactly are these waterbodies, and why are they so important?

Ephemeral streams are dry stream beds that flow as rivers or streams after periods of rainfall. During dry spells, dried up stream beds build up layers of nutrient-rich soil. When it does rain, ephemeral streams carry this soil downstream which gets deposited along the riverbank, replenishing the area with sediment.

Additionally, when there is an abundance of rain, ephemeral streams carry enough waters to have some of it absorbed by the ground, replenishing their groundwater tables.

Like ephemeral streams, non-adjacent wetlands serve an equally important function. While these wetlands are not directly connected to rivers, lakes and other surface waters, they too play an important role in the health of water networks, sequestering water from rain fall and filtering out contaminants as water is released into the groundwater table.

Ephemeral streams and non-adjacent wetlands are critical resources that play a major role in managing floodwaters, filtering contaminants, and providing habitat for our state’s flora and fauna.

As heavy rain events continue to increase with the rise of climate change, these resources will play an even larger role in helping us adapt and build resilience for our communities around the state—if we can stop this dangerous rule in time.