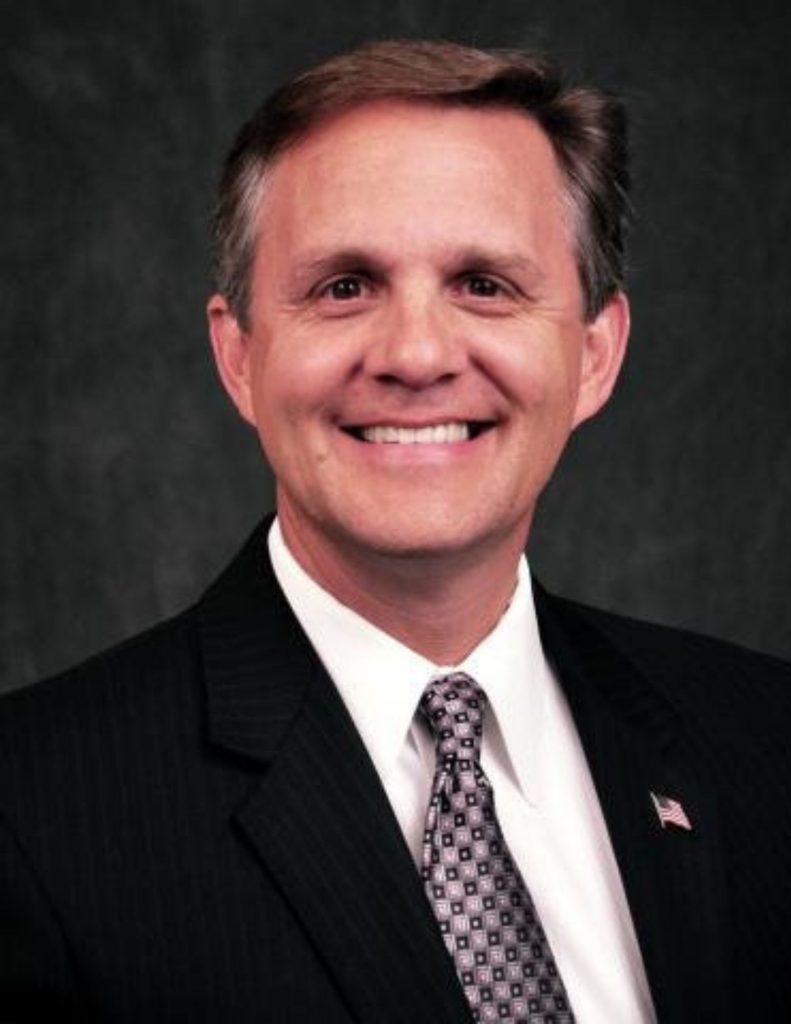 As Seen in the Defender, Legal News
December 8, 2022, By Evan Feinauer

While serving as PSC commissioner, Mike Huebsch secretly communicated with Dairyland Power executives as the utility sought his approval of a $700 million gas plant. Huebsch stepped down from the PSC shortly after voting to approve the plant and applied to become Dairyland’s CEO

The Due Process Clause of the U.S. Constitution guarantees a right to certain procedural safeguards when the government is reaching decisions that affect our life, liberty, and property. A foundational part of this guarantee is the right to an unbiased government decisionmaker. Courts have understood this means that a “serious risk of actual bias” violates the Due Process Clause and that the government decision might have to be thrown out. For example, in Caperton v. A.T. Massey Coal Co. the Supreme Court found that a large donation from the owner of a coal company in West Virginia to a state supreme court candidate, when that company had a case pending before the West Virginia Supreme Court, created a serious risk of bias.

But in Wisconsin, the state Supreme Court recently issued a decision in County of Dane v. Public Service Commission of Wisconsin that will make it harder to argue in court that there was serious risk that a government official was biased when making a decision. The Court’s ruling has already persuaded a Dane County Circuit Court judge to rule against Clean Wisconsin in a separate case concerning the Nemadji Trail Energy Center, a proposed gas plant in northern Wisconsin. This raises concerns about the ability of the public to ensure government officials are reaching unbiased decisions going forward.

In February 2020, Clean Wisconsin and Sierra Club challenged Public Service Commission (PSC) approval of the Nemadji gas plant, arguing the plant would harm the environment, would needlessly and harmfully prolong Wisconsin’s use of fossil fuels for electricity, and that approvals and permits were issued by DNR and the PSC without enough information to even know if legal standards were met. The PSC had approved the Nemadji gas plant by a 2-1 vote.

While our challenge was playing out, it was uncovered that then-Commissioner Michael Huebsch had been talking and meeting with executives from Dairyland Power Cooperative and other utilities who were proposing the Nemadji gas plant. These communications included texts messages sent using encrypted messaging apps. We also learned that Huebsch applied to become Dairyland’s CEO, shortly after voting to approve the Nemadji gas plant and announcing he was leaving the PSC. We only found out about these facts because of reporting done by journalists, and through public records requests. Neither the PSC nor the utilities disclosed any information about Huebsch’s meetings and discussions with these executives.

The timeline of Huebsch’s application to lead Dairyland was particularly alarming.

While Huebsch was not ultimately hired as Dairyland’s CEO, his pursuit of the position, coupled with his undisclosed communications, created a risk that Huebsch would have a personal interest in approving the Nemadji gas plant. We asked Huebsch to testify as to these facts, and he did at a July 9, 2021, evidentiary hearing. His testimony was defensive and evasive, and he denied any bias in favor of Dairyland.

Meanwhile, a separate challenge was going on in County of Dane. In that case, a coalition of groups—including the Driftless Area Land Conservancy and the Wisconsin Wildlife Federation—argued that the PSC’s approval of the proposed Cardinal-Hickory Creek transmission line through Southwest Wisconsin was illegal. The utility companies asking to build this transmission line were some of the same ones pushing to build the Nemadji gas plant. So, when the reports came out about Huebsch’s communications with executives from these utilities and his pursuit of the Dairyland CEO position, these groups argued that there was a risk Huebsch was biased in their case too. They wanted Huebsch to testify in their transmission line case, as he had recently done in Clean Wisconsin’s case. Instead, Huebsch ran to the Wisconsin Supreme Court asking that he not be made to answer questions about the circumstances surrounding his vote to approve the transmission line.

Unfortunately, the Court took the case, and then ruled 4-3 that Huebsch did not have to testify. The Court held that the groups in that case had failed to give the circuit court enough evidence of wrongdoing to justify it in ordering Huebsch to testify. In doing so, the Court stated that to get approval from the court to gather evidence that there was a risk of bias through witness testimony or other means, those groups needed to first present evidence that the government official deciding the matter was biased. This raises an obvious question that the Court did not answer: how can someone present evidence of bias if they are not allowed to gather evidence of bias?

Following the County of Dane decision, the PSC asked the circuit court to revisit its initial decision to allow us to gather evidence of bias, even though we had already collected that evidence a year earlier. While acknowledging that it was unclear how anyone could present evidence of bias without having a chance to gather evidence  in the first place, the circuit court judge nonetheless held that he was bound by the decision in County of Dane and dismissed Clean Wisconsin’s bias claims against the PSC. It was as though all the evidence of bias had never existed.

The Wisconsin Supreme Court’s County of Dane decision leaves advocates and citizens with a narrower path for pursuing claims that a decision maker was biased. It insulates judges and other decision makers from accountability in many situations in which a serious risk of bias may be quite high. This is a troubling outcome for Wisconsin, as a guarantee of unbiased judges and other government officials is central to the rule of law, and to the proper functioning of our democratic system.