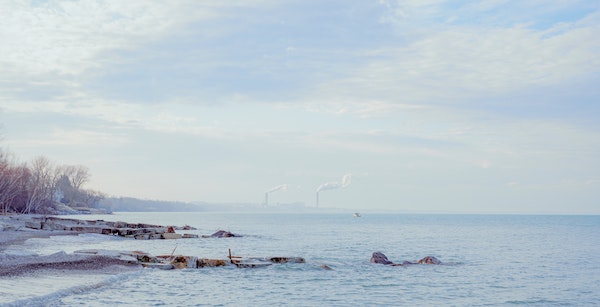 In a major victory for Wisconsin’s air quality, a federal appeals court judge ruled on July 10, 2020 that the US Environmental Protection Agency had failed to protect Wisconsin residents from ozone pollution when determining which counties met health standards for the pollutant.

Clean Wisconsin, who brought the lawsuit against EPA, argued that the agency’s determinations were “arbitrary and capricious” and failed to provide data to support the decisions. The US Court of Appeals for the District of Columbia in Washington agreed.

The Clean Air Act requires EPA to designate “nonattainment areas” in counties where air quality fails to meet federal health standards for ozone. The states must then take steps to reduce the amount of ozone smog in the air.

Ozone pollution is linked to the same diseases as smoking, such as asthma, emphysema, and bronchitis. It is most harmful for the very young, very old, and those with respiratory issues. But even healthy people are advised to stay indoors on days when ozone levels are high.

In 2018, EPA designated a narrow band of “ozone nonattainment areas” in a few Wisconsin counties along the Lake Michigan shoreline. U.S. EPA also announced its decision that other areas in eastern Wisconsin are not violating the ozone air quality standard. This final decision greatly differed from preliminary designations 6 months earlier, which included a much greater area of Wisconsin under the nonattainment designation.

The court ruled that the agency must reconsider its ozone designations.

Major questions arose when EPA finalized their ozone designations for Wisconsin, especially around the reasoning why the agency so significantly changed their designation without having any new data to support the significant changes. EPA is required to make its designations according to the new ozone health standard determined by using the latest health data.

Adding to the questions was the final designation for Racine County. While the entire county—the location of the then yet-to-be built Foxconn facility—fell within the EPA’s initial “non-attainment” designation, it was completely exempted from stricter ozone protections in the final decision, again lacking any new data to support that change.

In May 2019, internal emails from EPA staff scientists and public health officials released to Clean Wisconsin through a Freedom of Information Act request revealed pressure from top Trump Administration officials at the agency to approve a reduced “non-attainment” designation for Wisconsin, including Racine County.

EPA chose not to defend its “attainment” designation for Racine County or six other counties in Wisconsin, but did defend its designations for two counties: Sheboygan and Door. Regardless, the court found EPA’s designations all nine Wisconsin counties as part of this case as “arbitrary and capricious,” lacking sufficient data to support their decisions.

Now, EPA is required to go back to the drawing board and either submit the missing data that would support their decision or designate the areas as in “non-attainment.” For now, the designations won’t change; the court did not vacate them, but only remanded them to EPA. .

This is an important win for clean air and public health. Air pollution from ozone is a major health threat, especially for those living near sources of air emissions; air pollution also disproportionately impacts communities of color, which are more often near highways, power plants, and industrial areas.

This decision also reaffirms that EPA must follow the science and data, which clearly shows that Wisconsin residents are living in areas with unsafe levels of pollution. In an age when science and facts are often called into question, it’s encouraging that the courts centered their decision on data, especially when public health is at risk.

We’re pleased with this decision and will continue to watch any further developments in this case to make sure Wisconsin residents are protected from harmful ozone pollution.