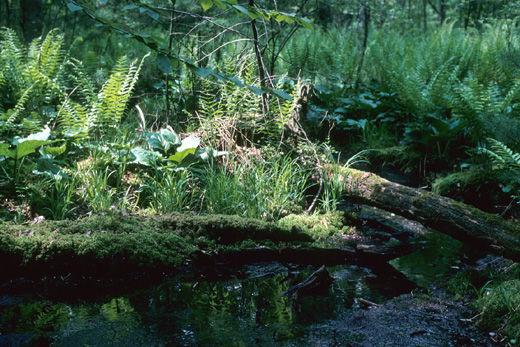 Today the Court of Appeals handed a major victory to Clean Wisconsin and its partners, ensuring a rare, critical Wisconsin wetland will remain protected. Judges upheld a lower court decision to block a wetland fill permit issued by the Department of Natural Resources in 2017. The permit would have allowed Atlanta-based Meteor Timber, LLC. to destroy a hardwood wetland in Monroe County in order to build a frac-sand loading depot on the site.

“Every wetland we can protect is an enormous victory. This case was a perfect example of trying to destroy something that we need, this untouched pristine wetland, to facilitate fossil fuel infrastructure that we don’t need and that’s making our climate problems even worse,” said Clean Wisconsin staff attorney Evan Feinauer. “You only have to look around to see how badly our wetlands are needed—the Midwest is reeling today after intense, mid-December severe rainstorms. Wisconsin’s wetlands offer protections against flooding by soaking up heavy rainfall, which is critical as storms worsen with climate change, and we will keep fighting to keep them protected.”

The victory is the culmination of more than four years of legal work by Clean Wisconsin and Midwest Environmental Advocates, which represented the Ho-Chunk Nation. The appeals court upheld a 2020 ruling by Monroe County Circuit Court that determined the DNR violated state wetland protection laws when it issued the permit.

“The DNR’s initial decision to issue a wetland fill permit to Meteor Timber happened in 2017, during a time when the agency was retreating from its mission to protect Wisconsin’s natural resources. It’s never been more important for the DNR to embrace its essential role when it comes to safeguarding Wisconsin’s environment, and we’re starting to see that happen. Wisconsin has lost half of its wetlands since the beginning of the last century. We must protect what we have left,” Feinauer said.

Diversity of our landscape is key to resilience in the face of climate change. Our state’s natural wetlands offer a variety of benefits, soaking up rainfall to replenish aquifers and maintain water levels in rivers and streams, wildlife habitat, storing carbon, and filtering harmful pollutants out of water.