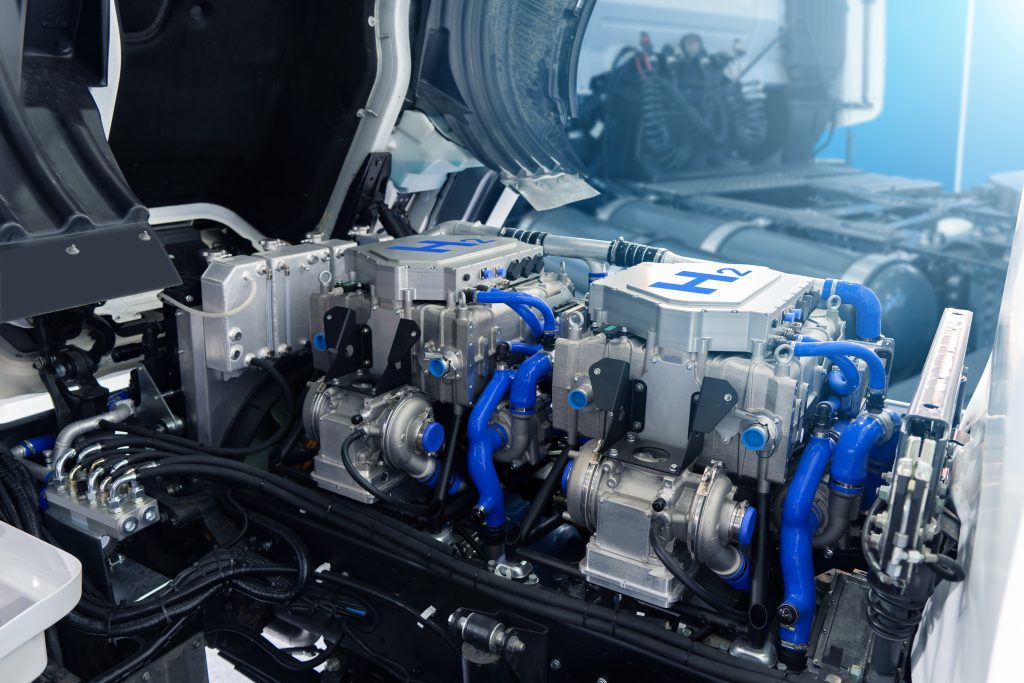 Blog, As Seen in the Defender, Science: Under the Lens
August 29, 2022, By James Gray, Science Research Intern

Given the pressing need to quickly decarbonize our energy sources, we need to consider all types of carbon-free energy—including lesser-known sources like hydrogen fuel cells.

Hydrogen fuel cells combine pure hydrogen gas with oxygen to produce energy. The only byproduct of this reaction is water vapor. The cells are lightweight, renewable, and release no dangerous emissions, so why aren’t they everywhere?

Hydrogen fuel cells also face a problem of price. Fuel cells use platinum as a catalyst to speed up the reaction. Platinum is an expensive metal, so these components drive up the cost of fuel cells. Scientists are still looking for ways to use less platinum and make fuel cells cheaper.

Building this hydrogen infrastructure is further complicated by hydrogen’s chemical properties. Hydrogen is highly reactive and can cause fires or explosions if not properly contained. Hydrogen can also easily corrode metals, making it difficult to contain. Hydrogen is usually stored as a condensed gas or as a liquid, but either process reduces the amount of energy that can be extracted from the hydrogen. Ensuring the safety of hydrogen fuel will be a difficult engineering challenge and is likely to increase the cost of hydrogen infrastructure.

Despite these challenges, hydrogen fuel cells have many attractive qualities as an energy source. Hydrogen can be extracted from water and is available in great supply all around the world. Hydrogen fuel cells do not create deadly air pollution or contribute to climate change. Hydrogen can also produce energy on demand, in contrast to intermittent sources like wind and solar.

As far as fuels go, hydrogen is quite light. This quality allows hydrogen fuel cell systems to hold a lot of energy without being as heavy as existing batteries. The low weight of hydrogen fuel cells makes them attractive for the transportation sector, which requires lightweight, high-density energy sources with potential to run for a long time without refueling. The greatest challenges for modern electric vehicle batteries are the greatest strengths of hydrogen fuel cells, since they offer a much further range than current electric vehicles and can be refueled much more quickly.

Hydrogen’s advantages are particularly useful in large, heavy-duty vehicles. In passenger transportation, electric vehicle batteries experience problems with range and recharge times. For casual motorists these are mere inconveniences, but for sectors like long-haul trucking and aviation they can lead to serious costs in time, fuel efficiency, and cargo capacity. These issues make it difficult for electric vehicles to compete in the long-haul trucking and aviation sectors. Hydrogen fuel also has applications in industry, where it can serve as a clean-burning alternative to combustion fuels like natural gas. Hydrogen fuel cells may offer a more viable path to decarbonizing these sectors.