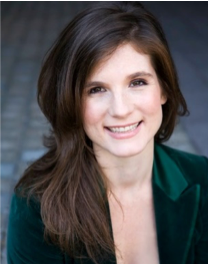 Shannon Rolbiecki is a dynamic and strategic professional fundraiser who employs creativity, in-depth analysis, and effective systems in her approach to fund development. Throughout her career, Ms. Rolbiecki has managed all aspects of Development – individual giving, institutional giving, events, and capital campaign fundraising.

Currently, Ms. Rolbiecki is the Director of  Development at Tacoma Art Museum in Tacoma Washington where she leads all fundraising strategies and operations for the museum while also launching a $15M endowment campaign.

Previously, Ms. Rolbiecki served as Senior Director of Advancement at the Milwaukee Symphony Orchestra (MSO) where she led a team of staff and volunteer fundraisers that worked to set the organization on sure financial footing through a transformational capital campaign. While working toward the $140M capital campaign goal, Ms. Rolbiecki also oversaw all individual fundraising at the MSO – from direct mail and tele-funding to major gifts and planned giving – raising over $3M, annually.

Ms. Rolbiecki also previously served as the first Director of Development at Partners Advancing Values in Education (PAVE) where she built the systems and structure necessary for ongoing effective fundraising. Prior to that, she worked as the Senior Manager of Individual Giving at the MSO where she managed a portfolio of high-end donors while also creating departmental operations plans and implementing standards of procedure to streamline the organization’s approach to individual giving. Ms. Rolbiecki began her career in Development at the John Michael Kohler Arts Center (JMKAC) where she managed many aspects of fundraising from grant writing and events to major gifts development.